Produced between 1997 and 2006, the Land Rover Freelander 1 remains one of the brand’s best-selling models and is now officially a Land Rover Heritage vehicle.

A Heritage model is defined as those products that have been out of production for longer than 10 years and the Freelander 1 was first produced in 1997 and its production run ended nine years later in 2006 when Freelander 2 replaced it. Ever since production of Freelander 1 concluded, Land Rover continued to support owners through the supply of spare parts for this model line. Now, owners will be supported by the brand's Heritage experts and ensure loyal owners continue to enjoy their vehicle for many years to come.

Tim Hannig, Director, Jaguar Land Rover Heritage, said: "With the addition of the Freelander 1 as a Heritage model, Land Rover is reaffirming its support and commitment to its loyal customers by providing exceptional cars, services, parts and experiences for models more than 10 years out of production. Genuine Land Rover Heritage Parts for Freelander 1 have been engineered and tested in extreme conditions. As such it gives our customers total peace-of-mind that their vehicles are maintained to the highest possible standards."

When it was launched, the Freelander broke the mould by pioneering the compact premium 4x4 class and at the time had 16 patented features including Hill Descent Control (HDC), Immediate Reduction Drive (IDR), a viscous-coupling (VCU) and an innovative ABS system designed specifically for off-road situations. 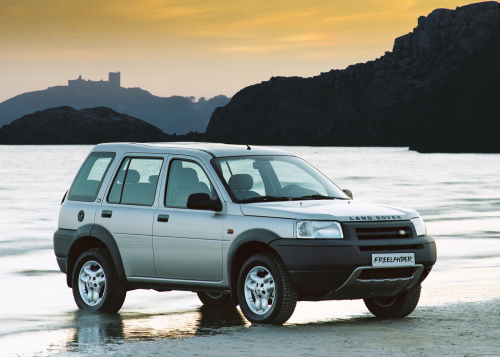