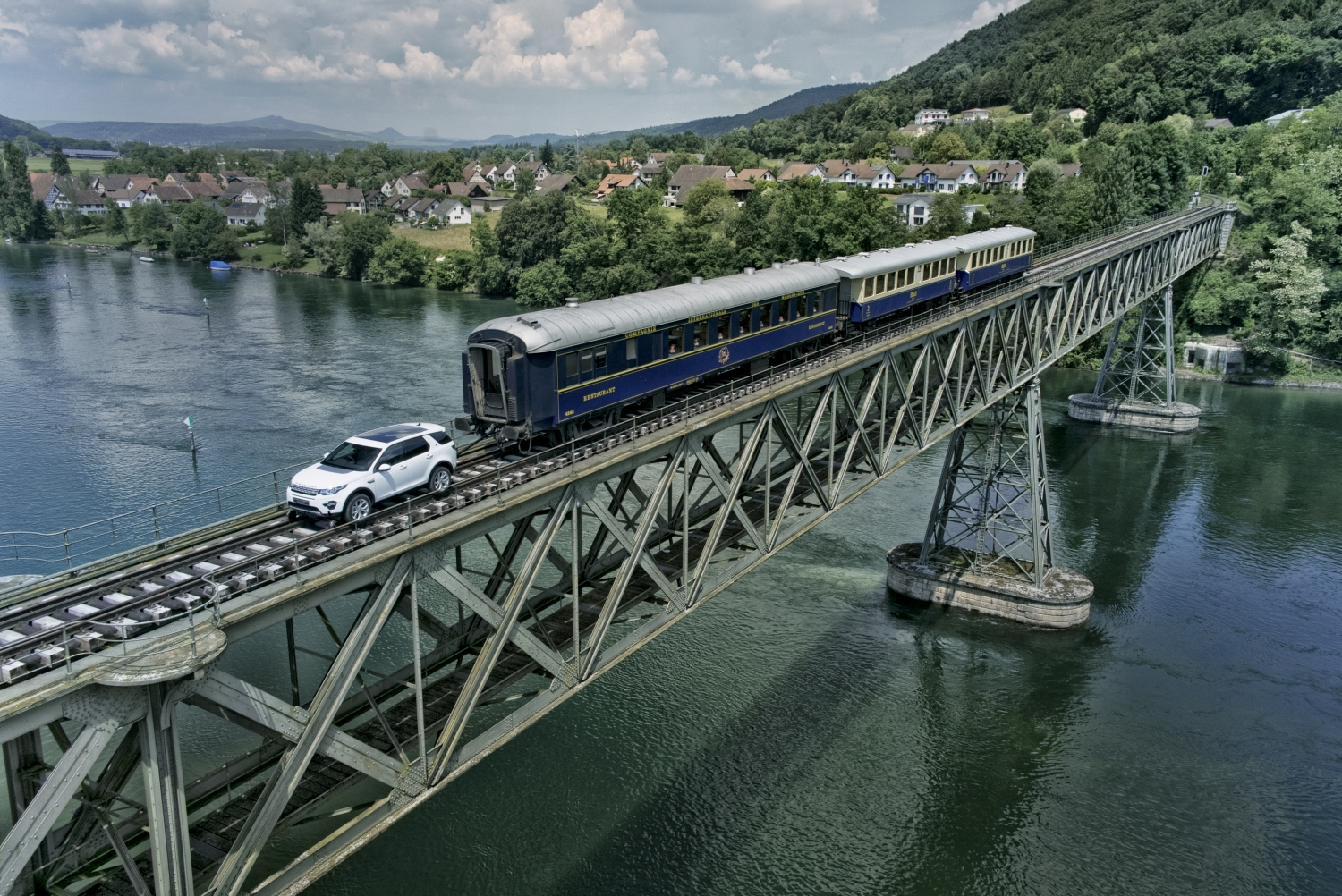 The 10km journey through the Rhine region of northern Switzerland put the compact Discovery Sport’s pulling power to the ultimate test. Though the Discovery Sport has a certified maximum towing weight of 2,500kg (2.5 tonnes), it was able to pull 60 times its own weight, powered by Jaguar Land Rover’s 180PS Ingenium diesel engine providing 430Nm of torque. In addition, the Discovery Sport benefitted from Land Rover’s portfolio of towing and traction technologies such as Terrain Response, Tow Assist, Tow Hitch Assist and All Terrain Progress Control – a semi-autonomous off-road driving system that automatically manages engine output and braking, to complete the stunt.

This impressive feat coincides with the Discovery Sport being announced winner of the 1,700-1,899kg class at the prestigious Tow Car Awards in the UK, with the Land Rover Discovery named ‘Tow Car of the Decade’.

The stunt was designed by Land Rover engineers to clearly show the strength and capability of the Discovery Sport, echoing a similar feat performed in 1989 for the launch of its ancestor, Discovery I.

Towing is in Land Rover’s DNA, and Discovery Sport is no exception. Over the years, we have introduced game-changing towing technologies to take the stress out of towing for our customers. I’ve spent most of my career travelling to the most punishing parts of the world to test Land Rovers in grueling conditions, yet this is the most extreme towing test I’ve ever done.

The vehicle’s drivetrain remained unchanged; the only modification being the fitment of rail wheels by specialists Aquarius Railroad Technologies, to act as ‘stabilisers’. Unlike the 1989 Discovery tow, Discovery Sport completed the impressive pull without the aid of low-range gears, instead using its state-of-the-art 9-speed automatic gearbox and Terrain Response technology to generate the necessary traction. Land Rover’s All Terrain Progress Control (ATPC) system was also engaged at the press of a button during the tow, to maximise traction at a set speed. Acting much like a ‘low-speed cruise control’, ATPC allows the driver to focus on the road – or in this case the railway – ahead. 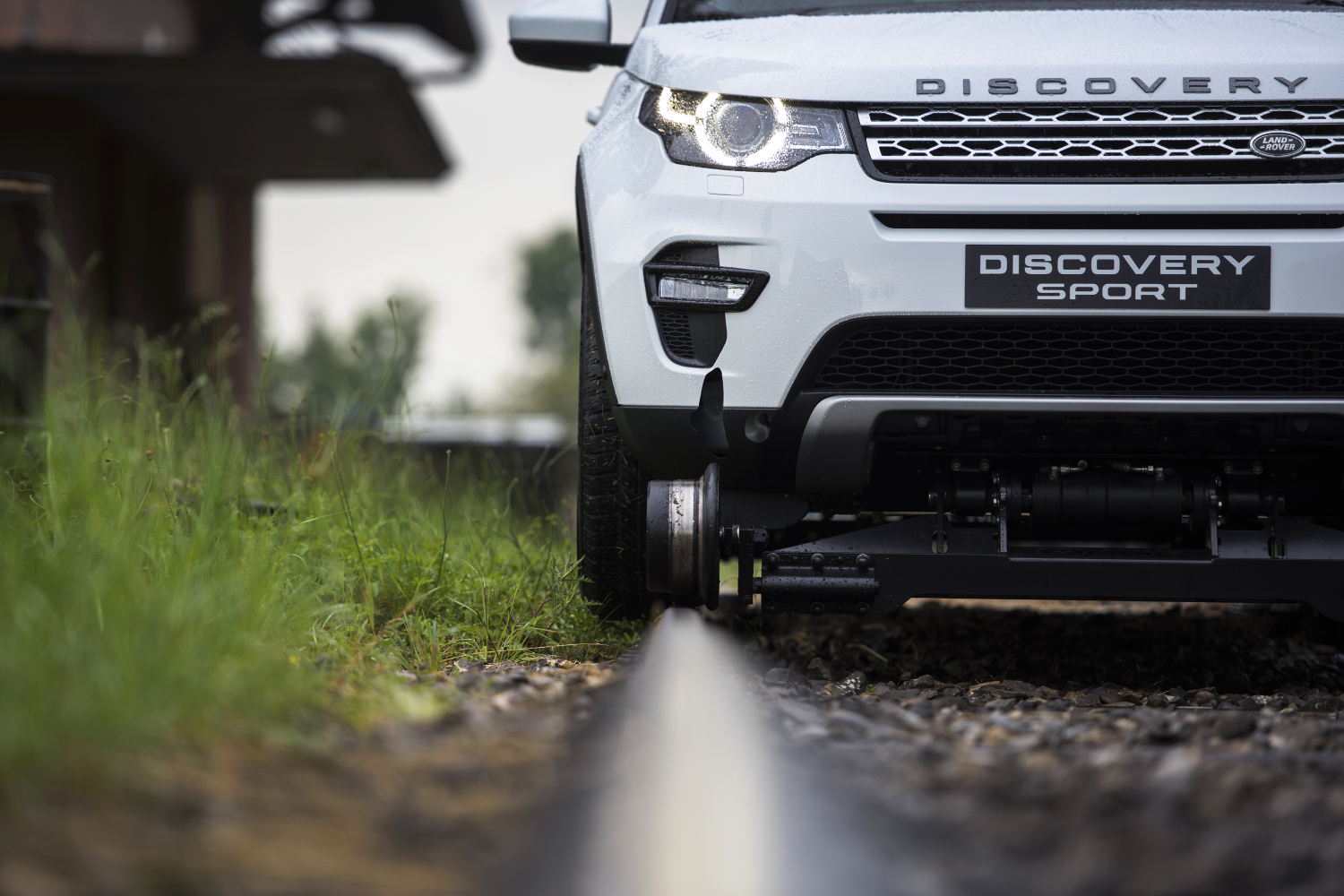 The train-pulling feat was undertaken on 10km of track at the Museumsbahn Stein am Rhein in Switzerland, crossing the River Rhine on the dramatic Hemishofen bridge – a historic steel span measuring 935 feet long and soaring 85 feet above the valley floor.

Land Rover has a history of rail conversions, from the days of the Series II and IIA Land Rover to the various Defender models that have been modified to run on rails for maintenance, and the notable launch of Discovery I in 1989. The latter saw a converted Discovery towing a series of carriages in Plymouth to demonstrate the capability of the new 200Tdi diesel engine.

For a vehicle of this size to pull a combined weight of 108 tonnes demonstrates real engineering integrity. No modifications were necessary to the drivetrain whatsoever and in tests the Discovery Sport generated more pull than our road-rail Defender, which is remarkable. 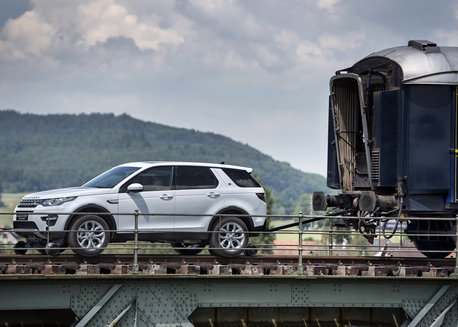 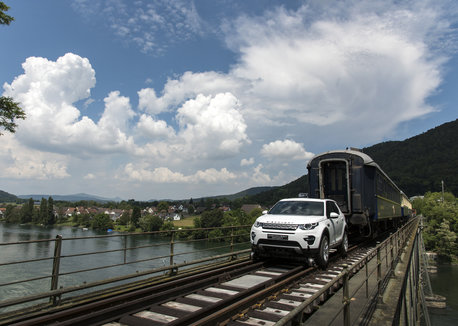 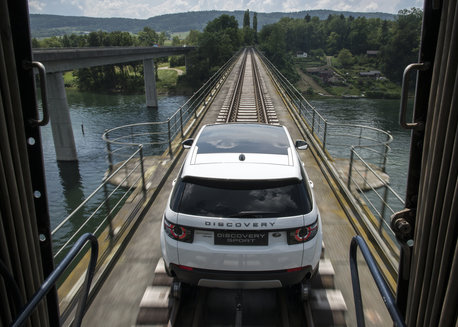 The capability of the Discovery Sport is heightened by the introduction of All Terrain Progress Control (ATPC). ATPC is an advanced system that enables drivers to set and maintain a steady speed in off-road conditions. Developed by Land Rover's industry-leading all-terrain specialists, ATPC functions similarly to a cruise control system, operational between 2km/h and 30km/h. ATPC also features a dedicated Launch feature, allowing the vehicle to pull away smoothly and easily, even on problematic low-friction surfaces like ice, snow or wet grass.

Jaguar Land Rover’s cutting-edge Ingenium 2.0-litre diesel engine ensures Discovery Sport is one of the most efficient premium compact SUVs in the world.

Customers of the Discovery Sport can also choose the four-cylinder turbocharged petrol engine. The 2.0-litre petrol with 240PS and direct fuel injection offers six-cylinder levels of performance in a compact package that reduces weight and cuts CO2 emissions by up to 20 per cent, compared to conventional larger capacity engines with a similar power output.

All engine derivatives specified with the nine-speed automatic gearbox are fitted with paddleshift controls, allowing the driver to manually select each gear for added control during towing or in challenging off-road and dynamic on-road scenarios.

The premium compact Discovery Sport SUV is sold in over 170 markets and manufactured at Jaguar Land Rover's award-winning Halewood plant in the UK.

About the Discovery Sport stunt

Discovery Sport negotiated the 10km of track without any modifications to its axles, engine or drivetrain. The additional rail wheels were engineered and fitted to the Discovery Sport by vehicle conversion specialist Aquarius Railroad Technologies from Ripon, UK.

All driving sequences in the film are performed by a professional driver on a privately owned railway track closed to the general public at the time of filming and carried out under strict supervision of a safety expert. Vehicle shown has been converted for rail use by specialist technicians. Do not attempt.

James Platt founded Aquarius in 1999 after he identified a gap in the UK rail infrastructure market for quality Land Rover road-to-rail vehicles. Since then Aquarius has established itself as a market leader providing quality four-wheel drive Road Rail Vehicles for track maintenance in the Rail industry. The company has continued to grow and now has a fleet of specialist road-to-rail vehicles that are provided on hire throughout the UK.

About the Tow Car Awards

The Tow Car Awards are organised by experts from What Car? and Practical Caravan magazines in conjunction with the Camping and Caravanning Club, the oldest and largest organisation of its type in the world. At this year’s awards Discovery Sport took victory in the 1,700-1,899kg weight division. Land Rover’s Discovery model was also awarded ‘Tow Car of the Decade’ as well as being named pick of the class in the 1,900kg+ category. 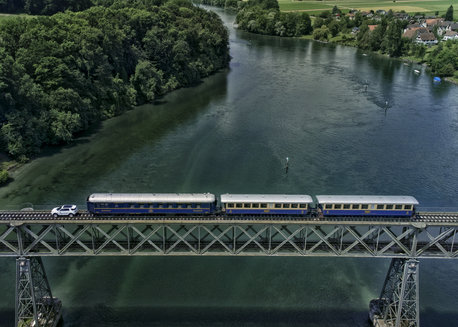 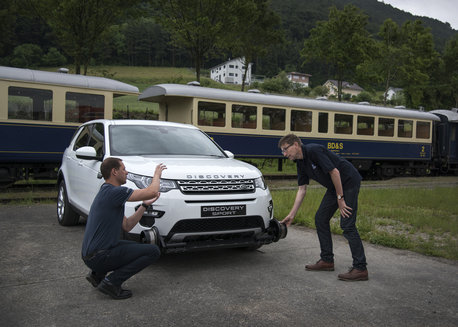 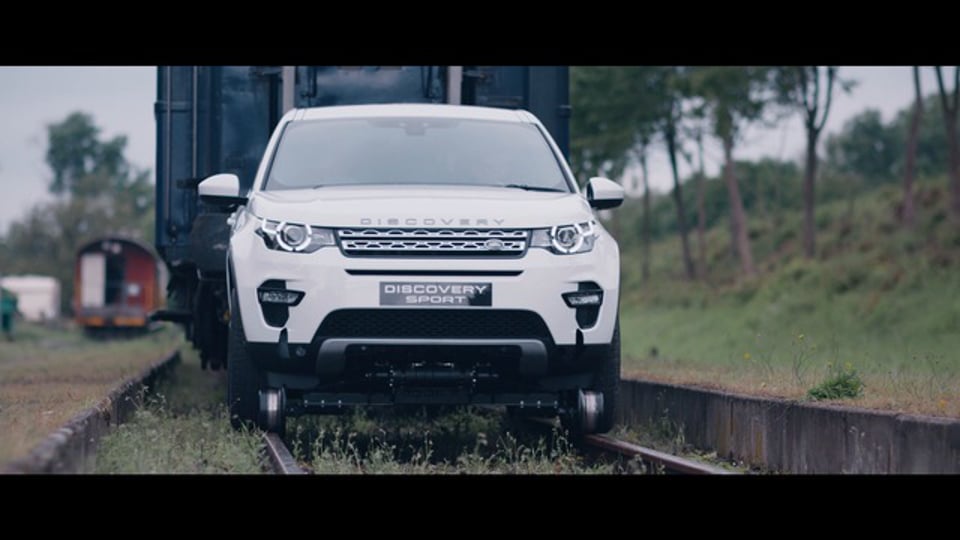 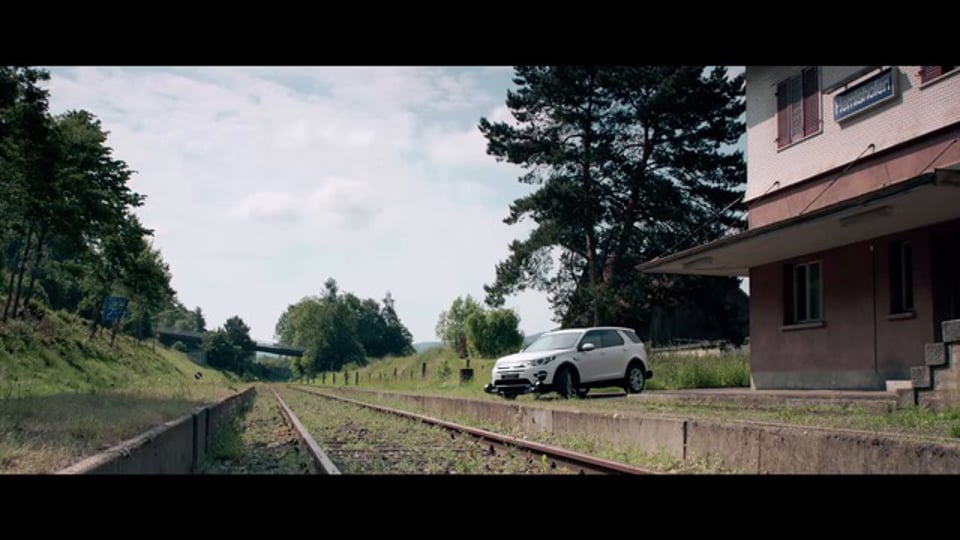