One of the most significant additions to the 2017 model year Range Rover Sport comes under the bonnet, with the introduction of Jaguar Land Rover’s advanced 2.0-litre four-cylinder Ingenium diesel engine.

Range Rover Sport’s status as the luxury performance SUV has been strengthened with a range of enhancements for 2017 model year. The latest model features the most efficient powertrain yet, the introduction of innovative new autonomous driving technologies and greater scope for bespoke personalisation.

Introduced in 2013, Range Rover Sport is a genuine Land Rover success story, delivering all the refinement and capability expected from a large SUV with the performance normally associated with a sports car. The dynamic large SUV status as the ultimate high performance SUV is underpinned by the potent 550PS Range Rover Sport SVR, which can accelerate from 0-60mph in 4.5 seconds. 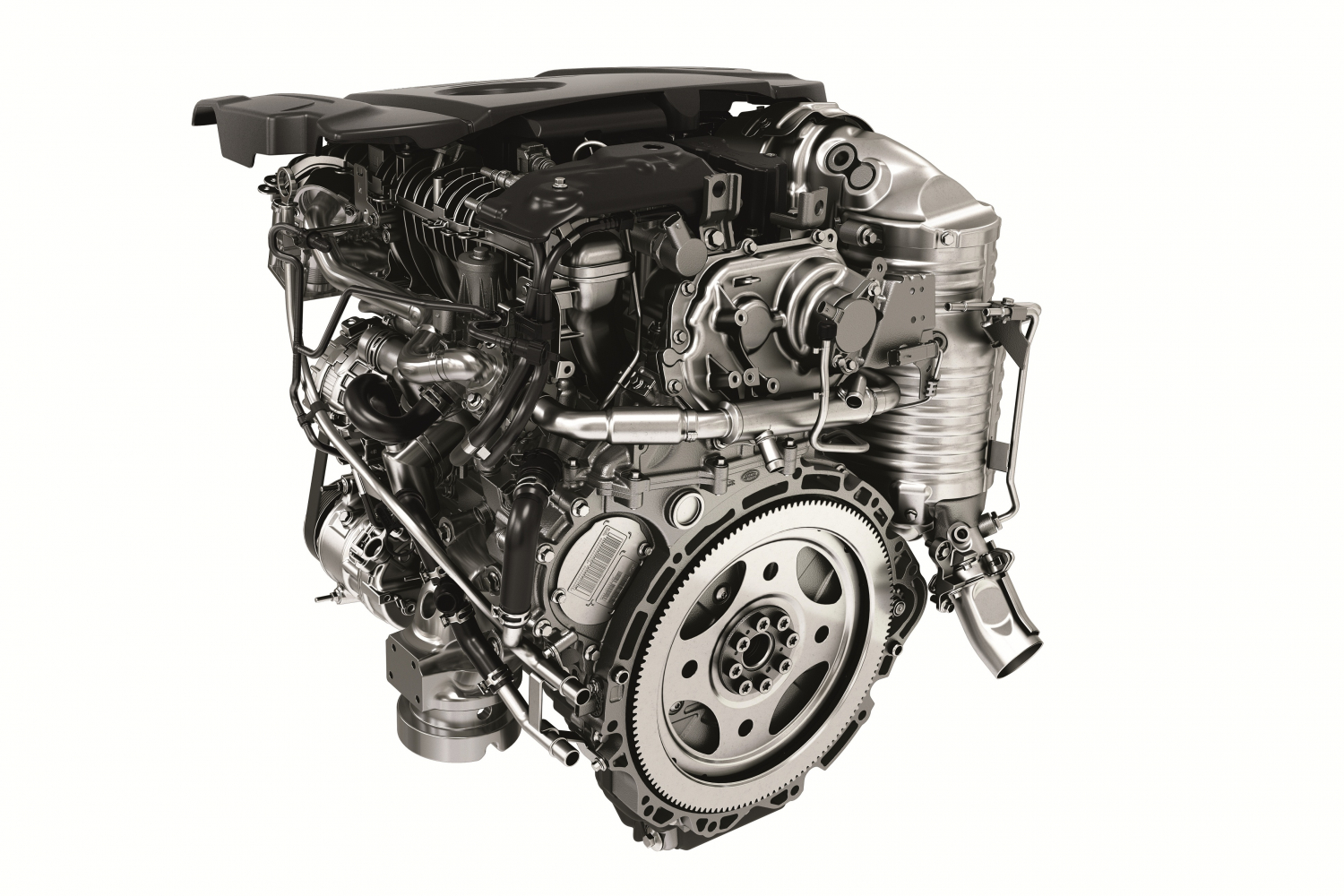 One of the most significant additions to the 2017 model year Range Rover Sport comes under the bonnet, with the introduction of Jaguar Land Rover’s advanced 2.0-litre four-cylinder Ingenium diesel engine. The state-of-the-art British built engine provides enhanced fuel efficiency with emissions as low as 164g/km* and capable of a combined fuel economy of 45.6mpg, while still delivering performance in line with the outgoing 3.0-litre TDV6. The new Ingenium engine is also lighter, providing improved responses, enhanced agility and superior dynamics.

In addition to new engine technology, Land Rover has introduced a series of autonomous driving technologies to Range Rover Sport. The first-in-sector Advanced Tow Assist feature, takes the stress out of manoeuvring when towing large loads. The driver can set the direction of a trailer when reversing using the Terrain Response 2 rotary dial and the vehicle will make all the necessary steering adjustments automatically.

Additional autonomy technology is provided in the form of Blind Spot Assist and Intelligent Speed Limiter. Blind Spot Assist uses sensors on the vehicle to detect other road users approaching in the driver’s blind spot. If the driver risks causing a collision during a lane change, the vehicle will autonomously counter-steer to maintain its position.

Peerless all-terrain capability remains a cornerstone of the Range Rover family and the 2017 model year Range Rover Sport includes a selection of new features. Low Traction Launch makes it easier for drivers to pull away on low-grip surfaces while the updated 4x4i menu presents all the necessary vehicle information when tackling challenging terrain.

The enlarged dual-view touchscreen features a new 10-inch display for greater ease-of-use and clarity and features tablet-style pinch and zoom functions. This is powered by Land Rover’s market-leading InControl Touch Pro technology, making this the most connected Range Rover Sport to date. 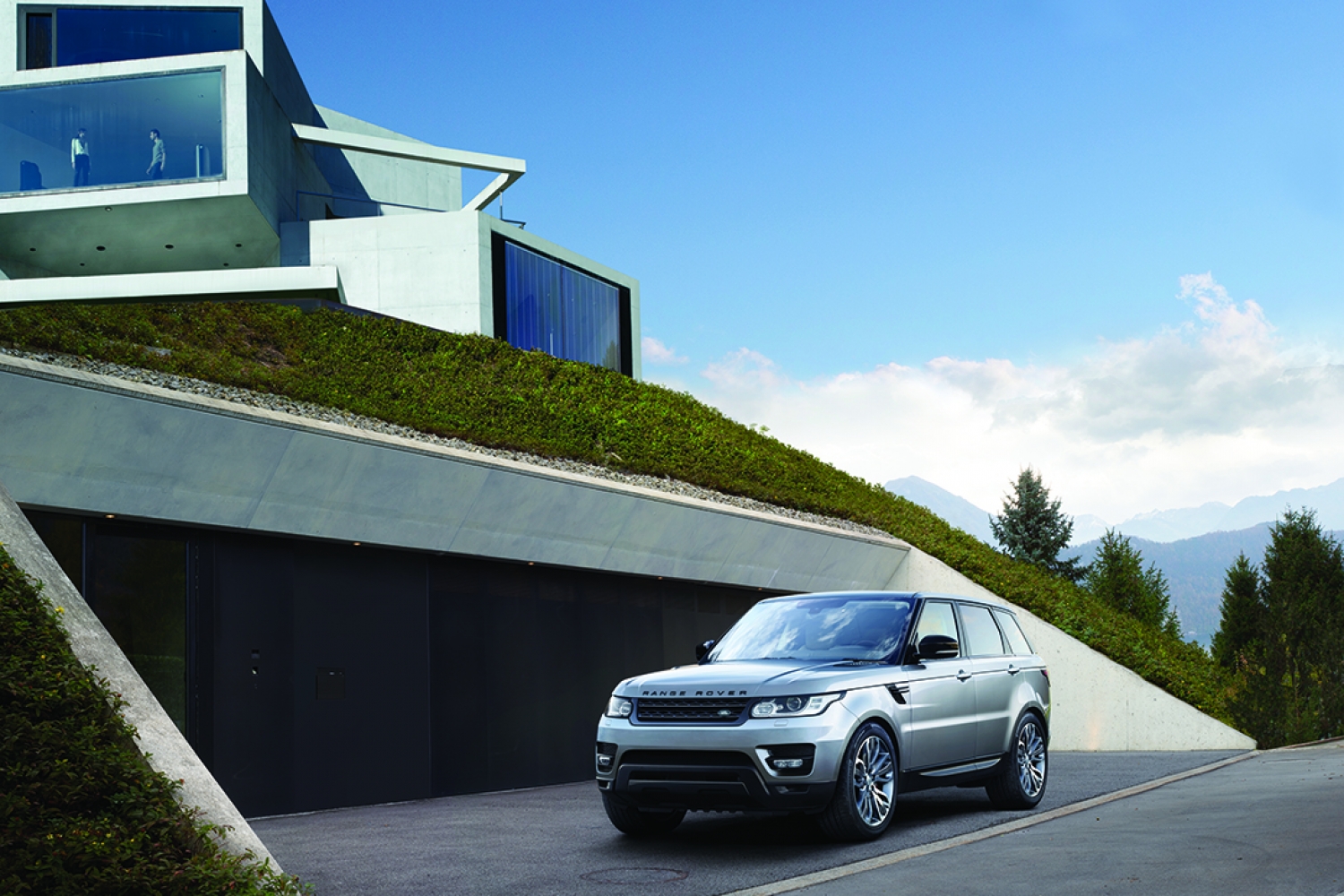 The most efficient Range Rover Sport

The 2017 model year Range Rover Sport is the first full-sized Land Rover SUV to feature a four-cylinder diesel engine in the form of the 2.0-litre 240PS SD4 Ingenium. Despite its smaller capacity than the TDV6, performance is comparable. Producing 240PS and 500Nm of torque, it is capable of returning 45.6mpg on the EU combined cycle with emissions of 164g/km, both of which represent a 10% improvement on the outgoing engine.

The introduction of a second turbocharger to the Ingenium engine has been significant in retaining the impressive power output and strong torque characteristics familiar to Range Rover Sport customers. The advanced engine is the first Jaguar Land Rover-built unit to feature series sequential turbo technology.

Vehicles fitted with the new engine will be distinguished by a single twin-exhaust configuration. Other derivatives retain the existing set-up, with a single exhaust on each side of the rear bumper. The new Ingenium diesel engine is available on five-seat vehicles fitted with either coil or air-suspension.

Advanced Tow Assist technology is the latest autonomous technology to be introduced by Land Rover. The first-in-class feature is a key addition in ensuring 2017 model year Range Rover Sport stays ahead of its rivals and enables even the most inexperienced driver to manoeuvre a trailer safely and easily.

Images from a rear-facing camera are relayed to the central touchscreen, allowing the driver to indicate the desired direction of the trailer using the Terrain Response 2 rotary controller. The vehicle will then autonomously steer the trailer into place. All the driver has to do is operate the accelerator and brake pedals.

As well as making it easier to manoeuvre a trailer, the system will alert the driver if a jack-knife situation is imminent, while the driver can monitor their immediate surroundings for potential hazards using the vehicle’s Surround Cameras. 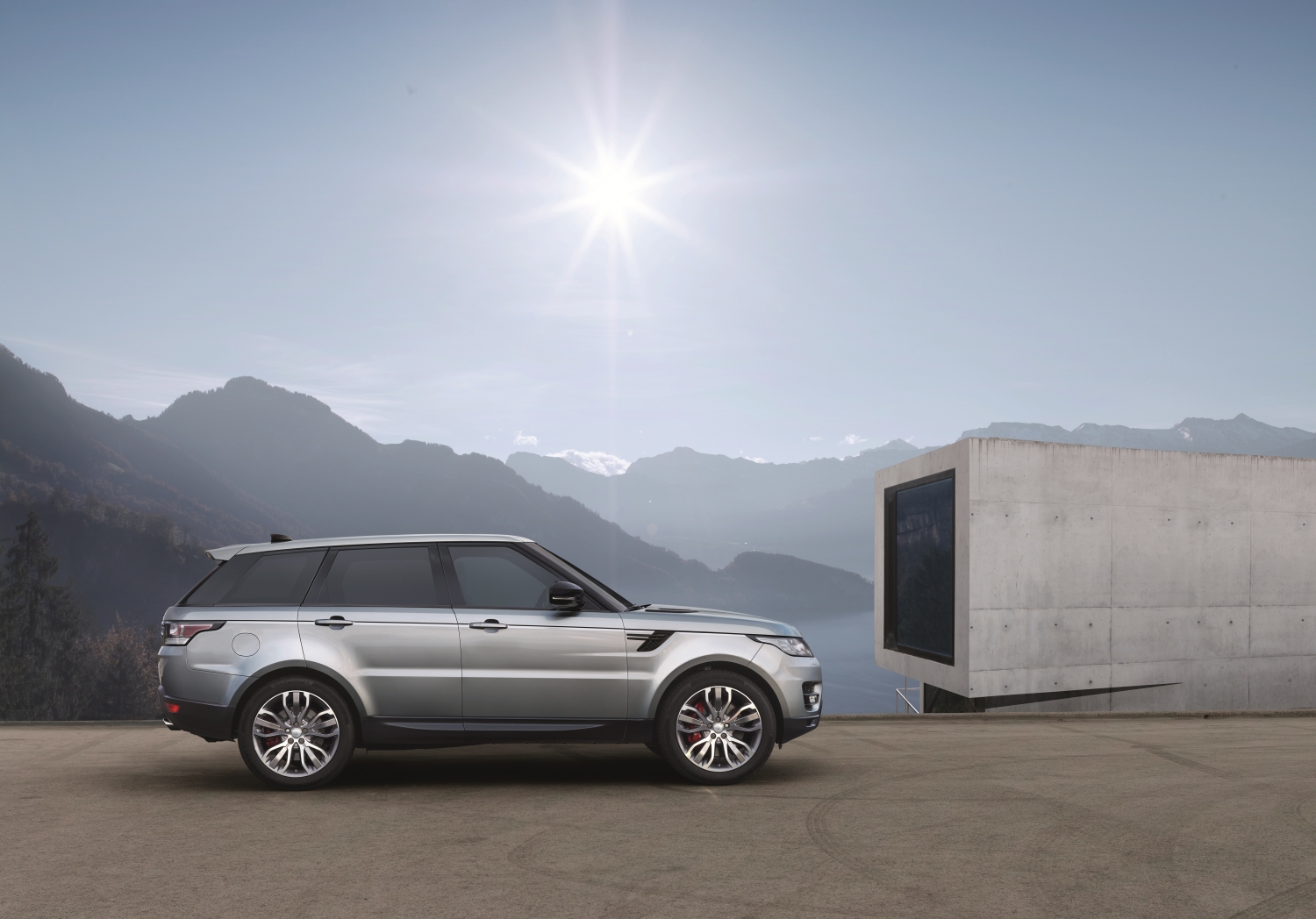 Market-leading all-terrain capability is a Range Rover trademark and 2017 model year Range Rover Sport takes breadth of capability to new levels in the performance SUV class with the introduction of two advanced technologies.

Low Traction Launch is an all-new system that assists the driver when pulling away from a standstill on low grip surfaces, such as mud, wet grass or ice. The technology can be selected manually using the central touchscreen menu. Alternatively, the vehicle will automatically prompt the driver to select Low Traction Launch whenever the Grass/Gravel/Snow mode is selected using the Terrain Response 2 controller.

Once active, the driver assistance programme controls the amount of torque the driver is able to apply when pressing the accelerator. This reduces the likelihood of experiencing a loss of traction. The system automatically disengages above 19mph (30km/h) so it can still be used to negotiate slippery surfaces or inclines once the vehicle is moving.

In addition, for 2017 model year, Range Rover Sport features an enhanced All-Terrain Info Centre which is accessible via the central touchscreen. It displays useful information when driving off-road, such as the direction of the front wheels and the status of the Wade Sensing system. This also now includes Drive Assist, which uses the vehicle’s surround cameras to help with low-speed manoeuvres when off-road.

One of the most significant features of 2017 Range Rover Sport is the introduction of InControl Touch Pro, with a larger central touchscreen display. As a result the infotainment system features smoother controls and a wider range of connectivity options and apps than ever before.

One of the key aspects of InControl Touch Pro is the ability to pinch and zoom when navigating maps, or swipe through menu screens as you would on a smartphone or tablet. Functions now require fewer actions, improving ease of use and minimising driver distraction.

The introduction of the latest infotainment system delivers bespoke apps for functions such as music playback, contacts and calendars that are mirrored on the central touchscreen when the driver’s smartphone is connected to the vehicle.

The new Pro Services system allows customers to download apps and install them directly to the vehicle’s InControl Touch Pro system, rather than being used through their smartphone, and the Live Apps include live data such as weather reports and a flight tracker.

InControl Remote Premium allows drivers to control a number of vehicle functions remotely using the dedicated smartphone app. Owners can check data such as the mileage or fuel level, lock and unlock the vehicle and even adjust the climate control settings.

There have also been significant upgrades for the fully integrated satellite navigation system. Commute Mode is an intuitive new function that learns regular journeys so customers don’t have to set a destination manually. It recognises frequent trips, for example the drive to work, and automatically redirects drivers if the regular route is congested. Door-to-door routing allows the customer to set a route using the Land Rover app and transfer it to the vehicle. Once the vehicle is parked, final directions to the destination can be viewed on a smartphone so customers can complete their journey on foot. 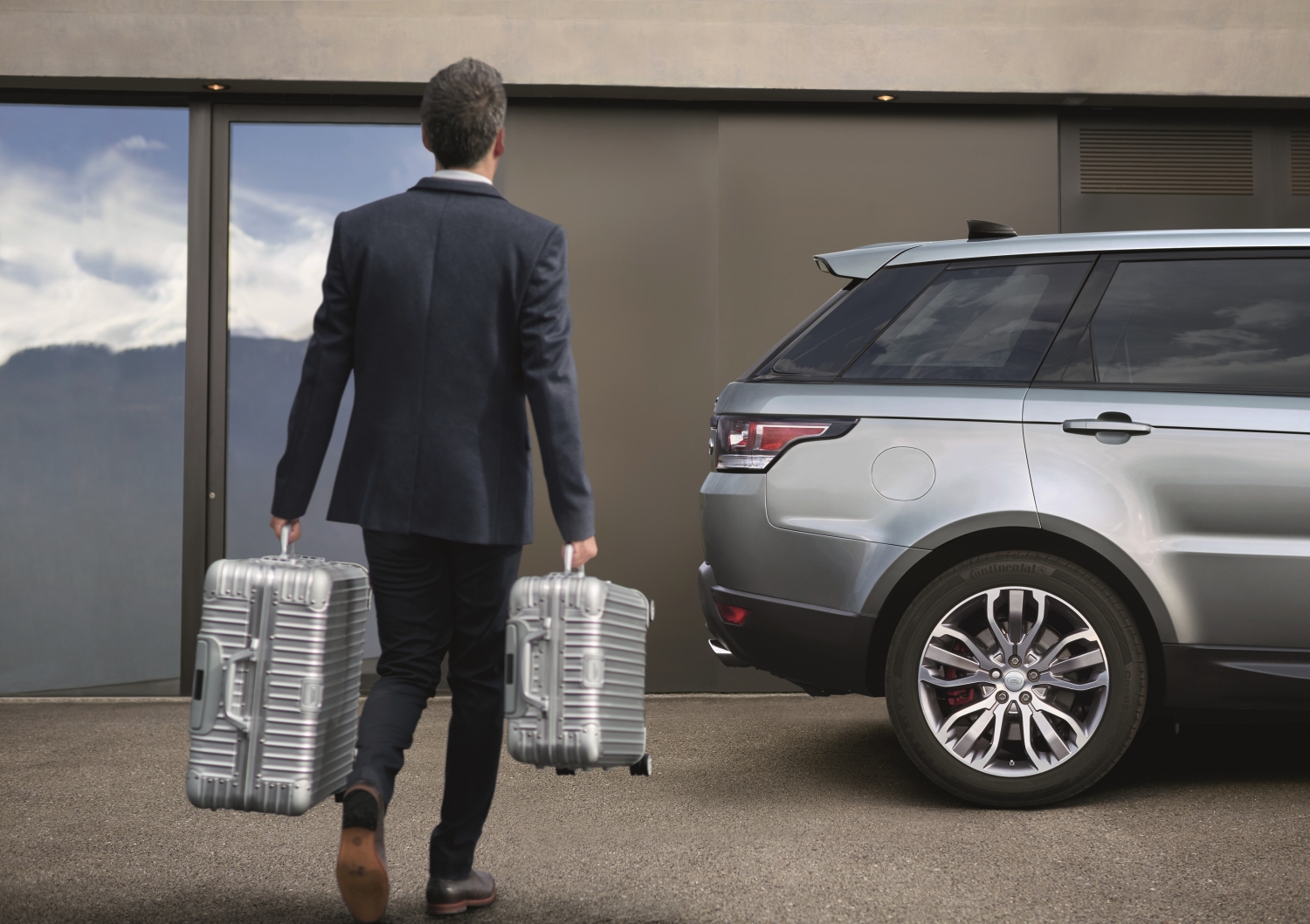 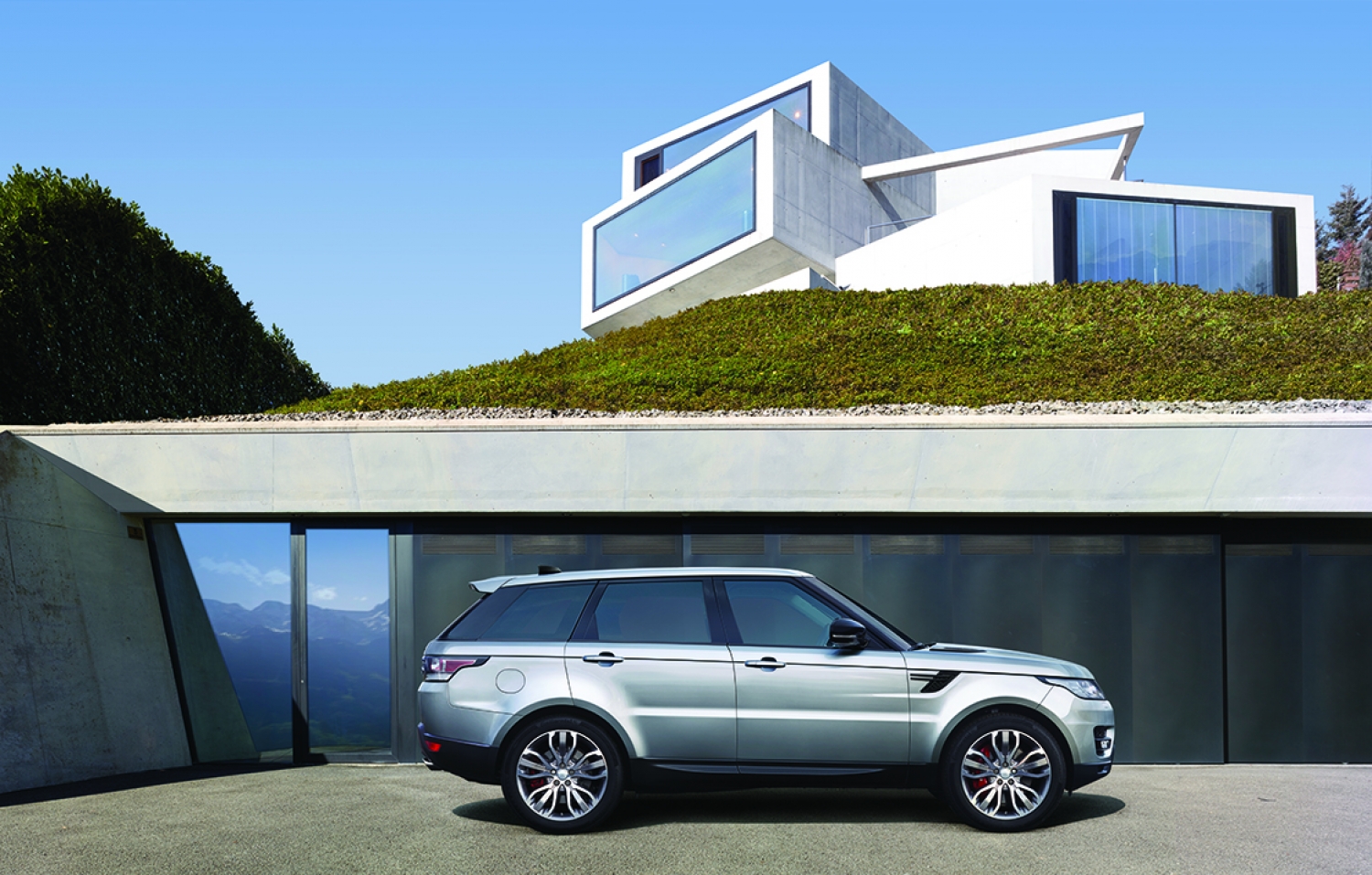 The 2017 Range Rover Sport has a simplified selection of advanced driver assistance packs. All derivatives have a comprehensive suite of safety technologies as standard including Rear Park Distance Control, Cruise Control, Speed Limiter and Lane Departure Warning. For 2017 Autonomous Emergency Braking (AEB) joins that list. The system monitors the surroundings and will warn the driver if a collision is imminent, before intervening and braking if the driver fails to apply the brakes sufficiently.

The optional Drive Pack contains all the standard features in addition to Blind Spot Monitor, Traffic Sign Recognition and Reverse Traffic Detection, while Intelligent Speed Limiter is a new feature for 2017. Intelligent Speed Limiter uses Traffic Sign Recognition to read speed limit signs and automatically adjust the vehicle’s speed accordingly. Once the driver has accepted the on-screen prompts they will be unable to exceed this limit unless they cancel the command.

Driver Condition Monitor is another new addition. It analyses steering inputs and takes into account factors such as the time of day and journey time to warn the driver if signs of fatigue are detected.

The Drive Pro Pack includes Adaptive Cruise Control with Queue Assist and Intelligent Emergency Braking and adds Blind Spot Assist and Lane Keep Assist for 2017. Blind Spot Assist monitors for vehicles approaching from behind or those in Range Rover Sport’s blind spot. If the driver begins to change lanes in circumstances that could pose a risk of a collision, the vehicle will automatically apply a steering input to prevent an accident. Lane Keep Assist provides corrective steering inputs if the driver veers out of their lane without indicating.

A number of updates have been made to selected Range Rover Sport design packs for the 2017 model year.

The purposeful Dynamic model has a number of exterior features finished in Gloss Black for an even more dramatic appearance, including an updated radiator grille with side vents, bonnet vents, mirror caps and bonnet and tailgate script. A red ‘Sport’ badge and matching red brake calipers also help to set Dynamic models apart.

A new Bright Pack will be offered as an option on Autobiography Dynamic models. It brings a more vivid finish, with features such as Atlas Silver front grille mesh and Atlas Silver bonnet mesh.

Customers are able to choose from an even wider choice of colours, heightening the level of personalisation and luxury design of their vehicle thanks to an increased Special Vehicle Operations colour palette. This provides buyers of all Range Rover Sport derivatives with more colour options than before.

Buyers can pick from 19 new colours ranging from contemporary pearlescent whites to sophisticated greys, as well as luxurious high-gloss and satin finishes. 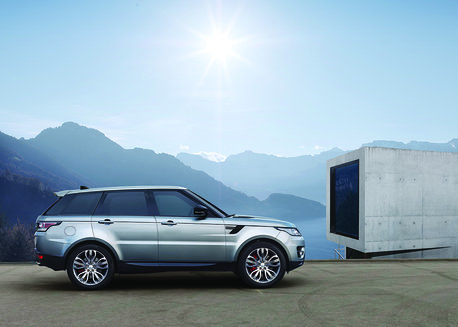