Land Rover BAR have launched the boat they believe will make sailing history. One of the fastest, most technically advanced craft on the water has been developed with Jaguar Land Rover engineers with one aim: to win the world's oldest sporting trophy.

Monday 6 February 2017, Bermuda: Land Rover BAR have launched the boat they believe will make sailing history. One of the fastest, most technically advanced craft on the water has been developed with Jaguar Land Rover engineers with one aim: to win the world's oldest sporting trophy.

It's 50 years since England's footballers won a major prize. Tennis lovers waited 77 years for a British man to follow Fred Perry as Wimbledon singles champion. But Britain has never won the America's Cup in its 166-year history.

Launched in Bermuda, the boat was named 'Rita' by Sir Ben Ainslie's wife Lady Georgie Ainslie and daughter Bellatrix. The name has a winning pedigree – Sir Ben has used it throughout his career.

This process of two-way engineering and our wider STEM programme across the business has enabled us to develop, learn and provide our capabilities to the BAR team. We developed industry-first aerodynamic testing to support the wingsail design which you can see on the final boat here today. From the success of this project, and with our knowledge of analysis and construction of light-weight vehicles, we have also supported the structural design of the daggerboards – the surfboard-style structure underneath the boat that allow it to fly and keep it stable when out of the water.

Each light-weight daggerboard needs to bear 2,400kg, the equivalent of a new Land Rover Discovery, so their job on the boat is crucial.

It has been an incredible campaign to be involved in as a British automotive brand. We are extremely proud to be supporting Sir Ben Ainslie’s entry into this legendary race.

Jaguar Land Rover’s input to the final boat design has been hugely significant for us. As the relationship grew, so did their level of involvement.

The America’s Cup has always been a sailing and design race and the boats have developed from ropes and winches to more technical machines which will fly out of the water at up to 60mph. This complex design requires the latest engineering skill and insight, allowing automotive brands to make a significant impact in the design race – very much like in F1

It’s a great moment to see our race boat Rita hit the water in Bermuda. The launch represents the sum of all the team’s efforts to bring the America’s Cup home, and we’re delighted to get her in the water here in Bermuda. We’re a start-up team, and we had to build not just the boat but the design and engineering team, the facilities and the processes to get to this point today. There are just a few short months before the racing starts at the end of May, and we will be working very hard now on the final development and testing of this boat to make sure we are ready for the racing.

The team have less than four months to make design tweaks and for the sailors to train on the water in Bermuda.

The America’s Cup begins on 26 May 2017 with the first round of qualifiers. The winner will be crowned at the end of June. Hundreds of thousands of people are expected to watch the event live in Bermuda and more on TV. Land Rover BAR will be up against teams from USA, France, Sweden, New Zealand and Japan.

Sometimes appears under heading 'About Land Rover', sometimes used as one of the notes to editors: consistency needed

Jaguar Land Rover is the UK’s largest investor in automotive research, development and engineering - spending more than £3 billion this year on new product creation and capital expenditure - turning British ingenuity, craftsmanship and innovation into highly desirable, premium vehicles. It is regognised that bright minds, with opportunities to grow and flourish are at the heart of achieving this mission and Jaguar Land Rover supports this through a suite of science, technology, engineering and maths (STEM) led programmes designed to inspire and create opportunities in automotive engineering.

Ben Ainslie Racing (BAR) was launched on June 10th 2014 in the presence of Her Royal Highness The Duchess of Cambridge. The team was conceived by four-times Olympic gold medalist and 34th America's Cup winner, Sir Ben Ainslie, with the long-term aim of challenging for Britain and bringing the America's Cup back home to where it all began in 1851. Sir Ben has developed and will lead a British entry capable of winning the prestigious trophy, something Britain has so far never managed to achieve. 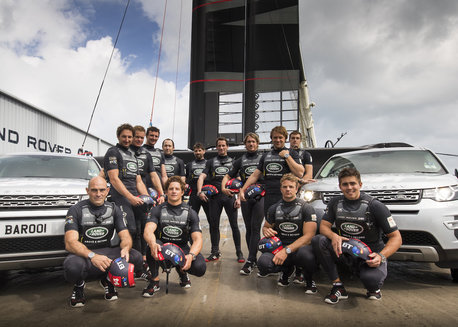 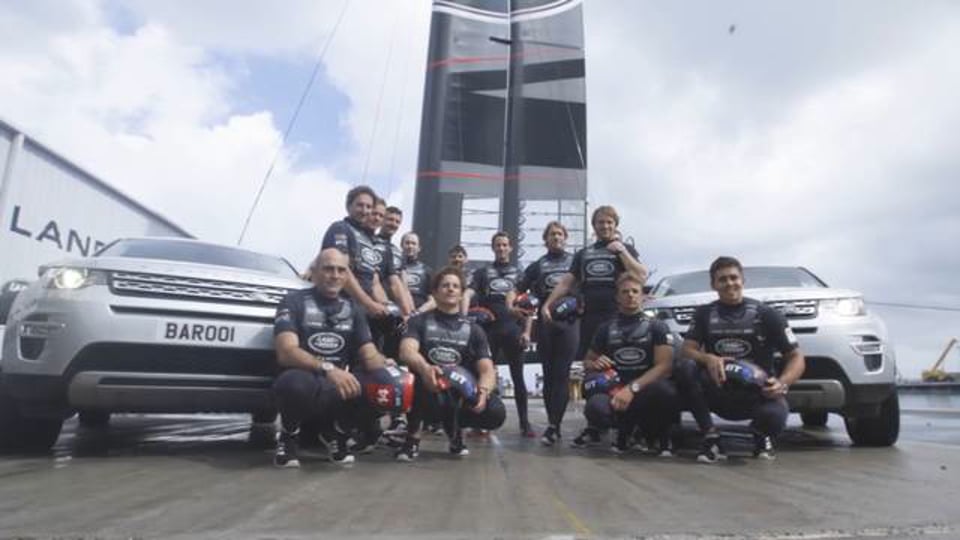