Land Rover puts fans inside the New Defender on the set of No Time To Die, the 25th official James Bond film, in a teaser video released to announce its continued partnership with EON Productions.

No Time To Die is the first movie to feature the New Defender, the latest legendary vehicle to star in a James Bond car chase sequence. The New Defender has been tested by the 007 expert stunt team in the most extreme off-road conditions, demonstrating its unstoppable nature. 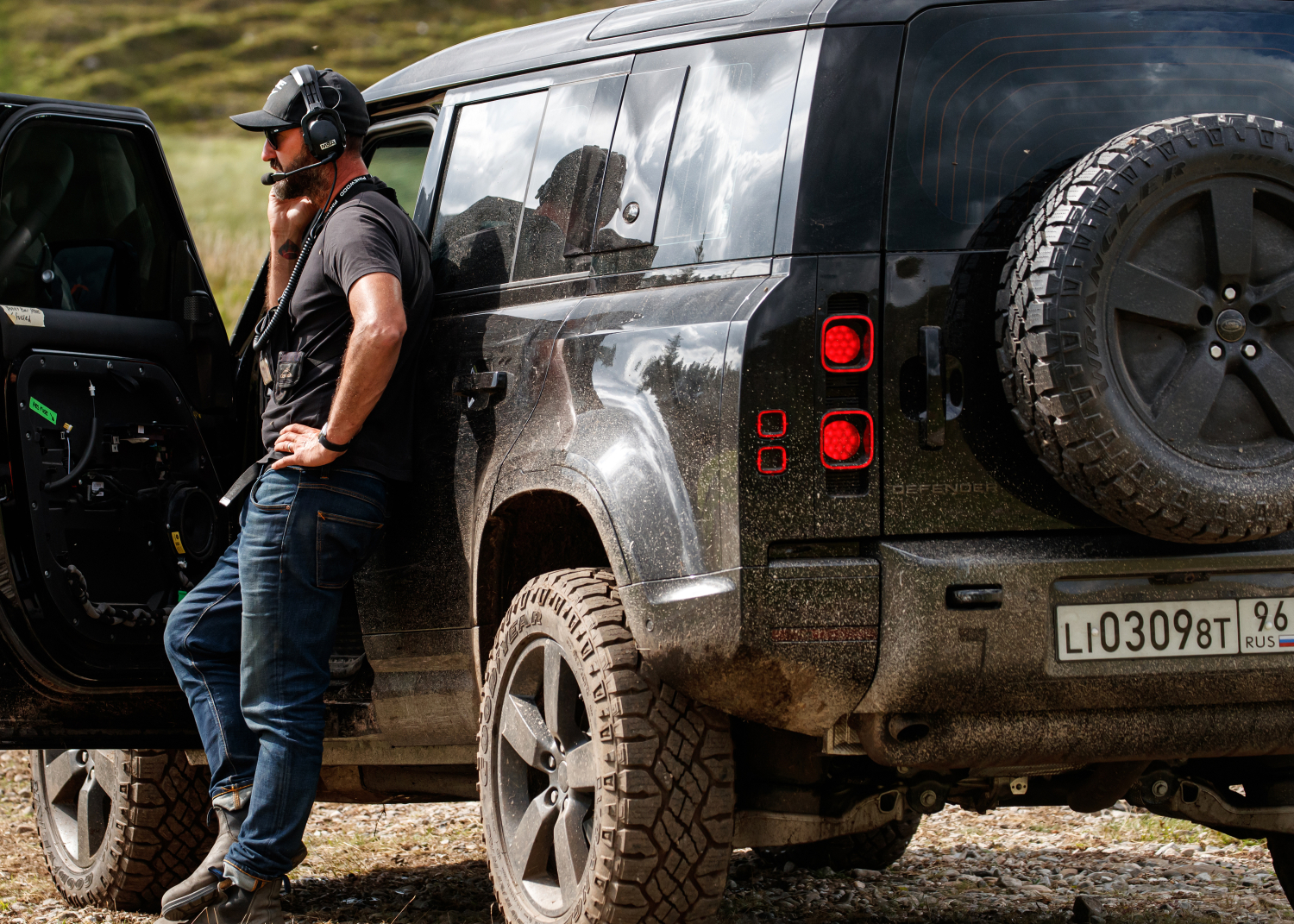 “Designing and co-ordinating the action sequences for the Bond franchise requires a non-compromising mindset. We needed an unstoppable vehicle to help us battle against the elements, steep descents and river crossings so we chose the new Defender. I'm beyond impressed that the Defender is not only back but much, much better!”

The New Defender provides ground clearance of 291mm and world-class off-road geometry, giving the Defender 110 approach, breakover and departure angles of 38, 28 and 40 degrees (Off Road height) respectively. Its maximum wading depth of 900mm is supported by a new Wade programme in the Terrain Response 2 system, so drivers can ford deep water with complete confidence.

Land Rover’s design team worked closely with Special Effects and Action Vehicles Supervisor Chris Corbould on the specification of the Defenders in the film. Based on the Defender X model in Santorini Black, with darkened skid pans, 20in dark finish wheels and professional off-road tyres, they were the first Defenders to be built at Jaguar Land Rover’s new production facility in Nitra, Slovakia. 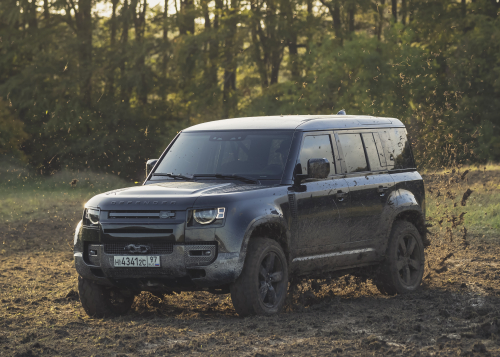 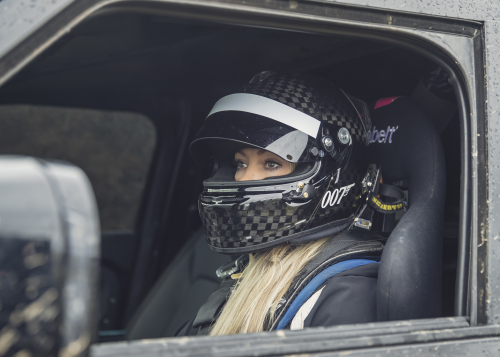 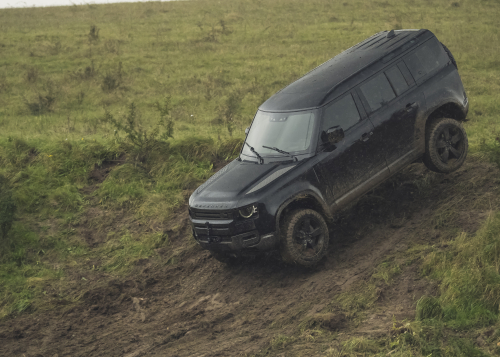 No Time To Die is a brilliant way to showcase the New Defender’s capabilities in the latest jaw-dropping James Bond car chase. It’s been hugely exciting to continue our relationship with EON Productions and work with their teams to deliver a spectacular sequence.

Britain’s biggest vehicle manufacturer has a long-standing partnership with EON Productions on the Bond films, which began in 1983 when a Range Rover Convertible appeared in Octopussy.

No Time To Die, is directed by Cary Joji Fukunaga and stars Daniel Craig, who returns for his fifth film as Ian Fleming’s James Bond 007. 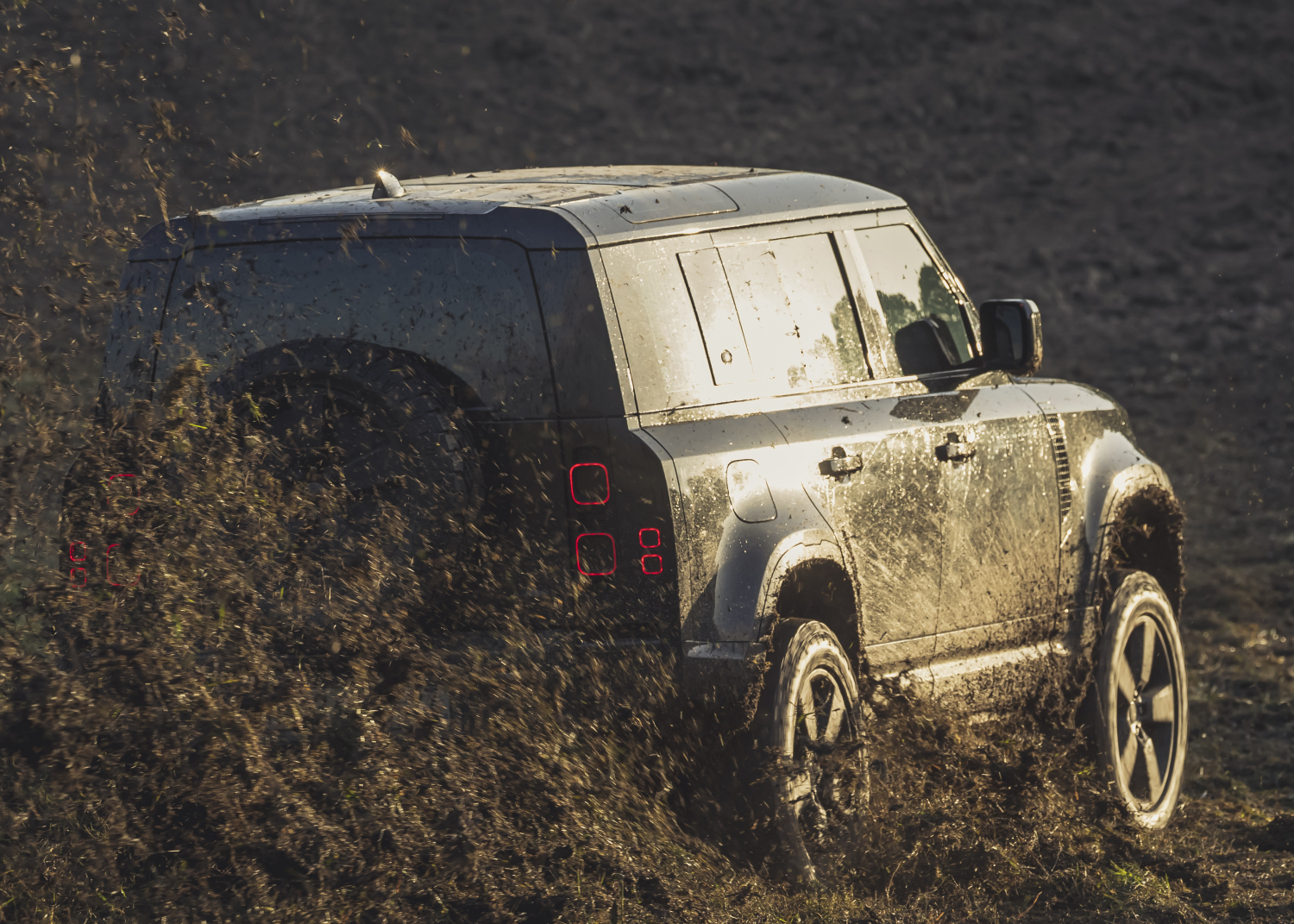 The film will be released globally in cinemas from April 2 2020 in the U.K. through Universal Pictures International and in the U.S on April 10, from Metro Goldwyn Mayer Studios via their United Artists Releasing banner.

EON Productions Limited and Danjaq LLC are wholly owned and controlled by the Broccoli/Wilson family. Danjaq is the US based company that co-owns, with Metro Goldwyn Mayer Studios, the copyright in the existing James Bond films and controls the right to produce future James Bond films. EON Productions, an affiliate of Danjaq, is the UK based production company that has made the James Bond films since 1962 and together with Danjaq controls all worldwide merchandising. The twenty-fifth 007 film, No Time To Die, is currently in post-production. For more information www.007.com.

Land Rover puts fans inside the New Defender on the set of No Time To Die, the 25th official James Bond film, in a teaser video released to announce its continued partnership with EON Productions.