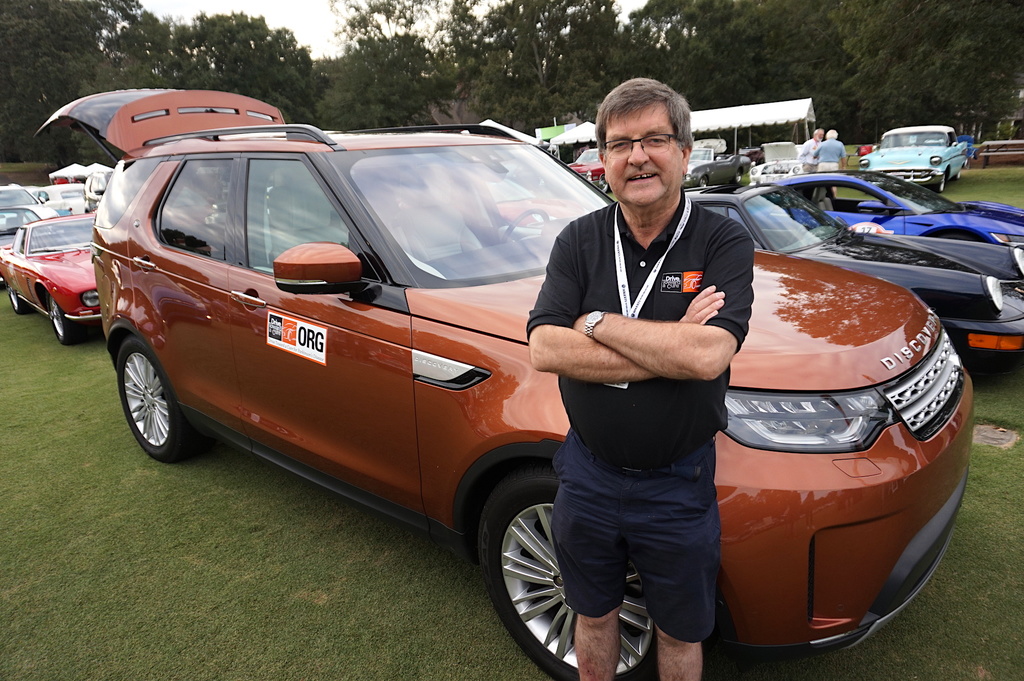 DRIVING TOWARD A CURE IN A NEW LAND ROVER DISCOVERY

To support the inaugural Drive Toward a Cure ‘Great Southern Adventure’ road rally, which raises money to aid Parkinson’s Disease research, Land Rover North America supplied two new Discovery vehicles for use as support cars. Ryland James, event clerk of the course, piloted the new Discovery for over 600 miles in two days on some of North Carolina’s most challenging roads. Here he talks about his journey with the vehicle.

How was the new Land Rover Discovery through all the curves?

I’m sure we were the first people to drive a new Discovery along the infamous Tail of the Dragon on the North Carolina-Tennessee state line. It’s not best suited to SUVs, you go through 318 tight curves in just 11 miles. I was driving a Discovery Td6 with the 3-liter turbocharged diesel and it was just remarkable. All that torque - 443 lb-ft - made it so easy to punch out of the turns. I was amazed at how well it handled the curves.

Tell us a little about the Drive Toward a Cure rally.

The rally was three days of cars and camaraderie to raise money and awareness for Parkinson’s research. We had more than 20 vehicle entrants driving some of North Carolina’s most scenic roads, starting in Asheville and ending up at Chateau Elan in Braselton, Georgia. It was our second Drive Toward a Cure event - we held one earlier this year in California - and it’s a great way for owners of modern-day performance and vintage cars to have fun driving while raising money for a great cause.

How did you use the two new Land Rover Discovery models on the event?

Land Rover North America, LLC kindly loaned us two vehicles to support the rally - a Td6 and a 3.0-liter petrol. It was my team’s job to leap-frog the entrants, getting to the check-points ahead of the other cars. We also had to carry a lot of gear with us, everything from cases of water, to signage, to tools. On the last day, we had each vehicle loaded to the roof with entrants’ luggage. Our vehicles came with the intelligent seat folding system where the second and third-row seats can fold flat at the touch of a button - or even via a smartphone app. It really is impressive the way it works1.

Had you driven a new Land Rover Discovery before the event?

No, I had not. I’m a bit of a Jaguar man. I have a two-year-old XF, which I love driving. I also own one of the very last Jaguar E-Type Series 3 V12 vehicles, which I’ve had for 14 years. Coincidentally, just last week my daughter in the UK bought a new Discovery Td6, trading in a Defender she’s had for ages. I’ve already told her what a great choice she made.

For more information on Drive Toward a Cure and future events, go to www.drivetowardacure.org