Natural disasters can strike at any time, so Land Rover and the Red Cross are helping people in remote areas to prepare for the worst.

Whitley, UK, 31 October 2018 – Natural disasters can strike at any time, so Land Rover and the Red Cross are helping people in remote areas to prepare for the worst.

Such support has never been more important: the World Disaster Report 2018 estimates 134 million people will need humanitarian assistance this year. The report, by the International Federation of Red Cross and Red Crescent Societies (IFRC), says challenging terrain, limited infrastructure, conflicts and natural hazards can all make it hard to get help to where it's needed.

To mark the release of the report, Land Rover and the Red Cross have released a film about the life-changing threats of natural hazards and the humanitarian work to help vulnerable people in isolated communities.

Land Rover funds a community preparedness project in the state of Chiapas, Mexico, which aims to support 55,000 people in vulnerable communities. In the last two years, the Mexican Red Cross has travelled over 23,000 miles in order to reach these isolated communities.

Following the 2017 earthquake, the Mexican Red Cross were able to mobilise 1,200 search and rescue specialists and 31,000 volunteers to support the rescue efforts to deliver earthquake relief and response to more than a million people. 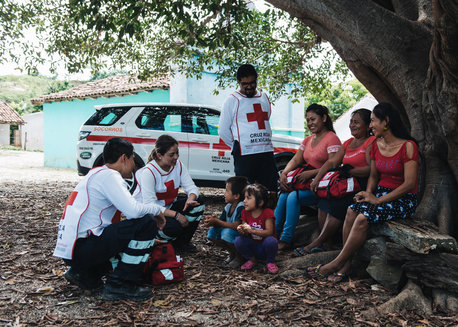 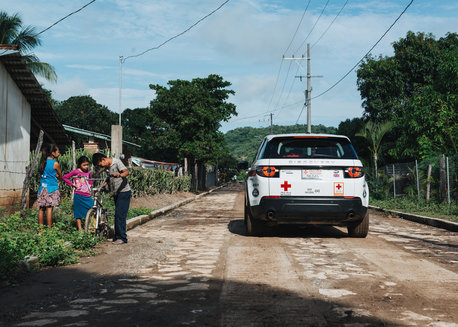 “Through our partnership with the Red Cross we are committed to providing support to isolated communities like those in the Chiapas region of Mexico.

“The technology and capability of Land Rover vehicles enables them to get to the hardest to reach people in some of the world's most challenging terrain."

Millions of people worldwide are in crisis and need urgent humanitarian aid. In the past decade earthquakes have caused more than 350,000 deaths and the recent disaster in Indonesia has left a trail of destruction, bringing the importance of our humanitarian work to the forefront.

These events are truly devastating. Through our partnership with Land Rover we’re able to gain access to some of the hardest-to-reach areas and support vulnerable people throughout the world. We’re committed to working together to continue helping communities prepare for and recover from disasters.

Executive Director of International at the British Red Cross

Working in such remote communities can be a challenge. We work with lots of people from different cultures and we have to earn their trust. The earthquake was one of the factors that have let us into these communities, who now understand they are exposed and that disasters can happen at any moment.

Land Rover has worked in partnership with the Red Cross for more than 60 years. Since 2013 the partnership has raised more than US $12.8m for people in need, funding 18 humanitarian projects in 25 countries.

For more information about Land Rover and the Red Cross, please visit: https://media.ifrc.org/ifrc/land-rover/

Red Cross partnership
The Red Cross has been working with Land Rover for over 60 years, working together to support people in crisis throughout the world.

Since 2013 the partnership has raised more than US $12.8 million for people in need, funding 18 humanitarian projects in 25 countries across four continents.

Together we have reached almost one million people worldwide through the provision of emergency response vehicles, help at home services in the UK, and overseas projects to build stronger, more resilient communities in areas vulnerable to disaster.

Land Rover’s close relationship with the IFRC began with the donation of a vehicle to be used as a mobile dispensary in the deserts of Dubai in 1954. Since then, Land Rover has donated more than 120 vehicles to the IFRC and continues to help the organisation improve the lives of vulnerable communities across the globe. Together they have reached almost one million people worldwide through the provision of emergency response vehicles globally to build more resilient communities in areas vulnerable to disaster. 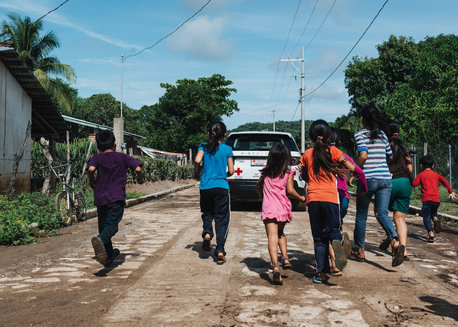