Jaguar Land Rover has announced its full year sales from April 2018 to March 2019, revealing an 8.4% increase in the total number of vehicles it sold in the UK.

Whitley, Coventry, Monday 8th April – Jaguar Land Rover has announced its full year sales from April 2018 to March  2019, revealing an 8.4% increase in the total number of vehicles it sold in the UK. With a total of 118,108 UK sales, Jaguar Land Rover exceeded industry trends in a UK new car market that declined by 3.67% during the same period.

Jaguar Land Rover also grew its competitive segment share by 3.86ppts (percentage points) from 29.47% to 33.32%, thanks to strong performances from a number of key Jaguar and Land Rover models. For Jaguar the premium crossover E-PACE was the biggest seller, with 11,142 units in its first full year of sales, while the Discovery Sport topped Land Rover sales, with 19,569 units. Discovery Sport has been a consistently strong seller since its introduction in 2014.

Despite the headwinds facing the automotive industry, I’m glad to see Jaguar Land Rover’s UK strategy is having the desired effect. Investment into the right products at the right time has seen us steadily grow our market share and our sales in what has been a declining market. We're excited for what's to come, too, with the return of our iconic Land Rover Defender, sales of the updated Jaguar XE and a number of other major product actions, especially the all-new Range Rover Evoque. Our retailers and customers have already been hugely enthusiastic about this new Range Rover. 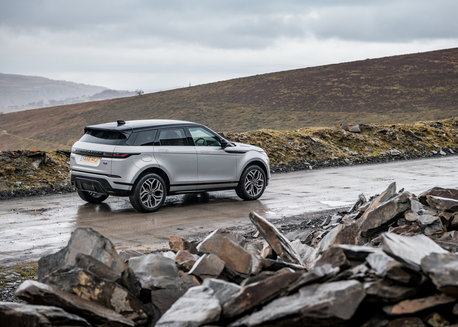 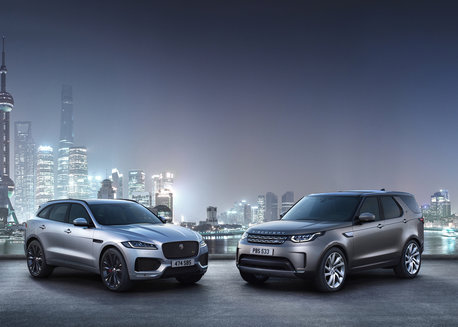 Jaguar sales alone were up 20.2% year-on-year, for a total of 38,604 units, spearheaded not only by the E-PACE but the continued sales success of F-PACE and the European Car of the Year, the I-PACE. Jaguar’s first all-electric model has sold 1,760 units, despite being on sale for just over six months. During a hugely successful period for I-PACE, it was named Sunday Times Car of the Year, UK Car of the Year, Top Gear EV of the Year, Stuff’s Best Car, T3’s Best Car and Pocket-lint’s Best Car.

Land Rover sales were up 3.5% year-on-year, rising from 76,851 to 79,504 units. The all-new Range Rover Evoque, on sale from 1 March, established extremely strong sales figures in its first month alone, with 2,158 units sold. The all-new car looks set to reprise its status as one of Land Rover’s most popular models.

Updates to the Range Rover and Range Rover Sport helped grow sales from 5,636 to 7,105 units and from 11,336 to 13,150 units, respectively. The popularity of the P400e plug-in hybrid variants has helped boost sales, with half of all Range Rover buyers within the M25 opting for the P400e.

The P400e plug-in hybrid is one part of Jaguar Land Rover's emissions strategy, which has also included sustained investment into new diesel technology. The results are already clear, with a number of Jaguar Land Rover diesel models independently verified by the AIR Index as among the least polluting on the road. The Jaguar XE and XF have also been announced as RDE2-compliant, almost a year ahead of the legislation officially coming into force.

From 2020 all new Jaguar Land Rover vehicles will be electrified, as ever-more stringent air quality regulations come into effect throughout the world. In the meantime, Jaguar Land Rover has invested more than £1bn into the Engine Manufacturing Centre in Wolverhampton and its range of cutting-edge, clean Ingenium petrol and diesel engines.

We support around 260,000 people through our retailer network, suppliers and local businesses. At heart we are a British company, with two major design and engineering sites, three vehicle manufacturing facilities and an engine manufacturing centre in the UK. We also have plants in China, Brazil, India, Austria and Slovakia.

From 2020 all new Jaguar Land Rover vehicles will offer the option of electrification, giving our customers even more choice. We will introduce a portfolio of electrified products across our model range, embracing fully electric, plug-in hybrid and mild hybrid vehicles as well as continuing to offer the latest diesel and petrol engines.