The Range Rover Sport SVR goes off-road to pursue James Bond in the latest behind-the-scenes glimpse of No Time To Die, in cinemas from September 30.

Tuesday 14 September 2021, Whitley, UK – The Range Rover Sport SVR goes off-road to pursue James Bond in the latest behind-the-scenes glimpse of No Time To Die, in cinemas from September 30.

The Range Rover Sport SVR takes luxury performance to new heights with enhanced driving dynamics and a powerful 575HP supercharged V8 engine, making it the perfect choice for the role. It can accelerate from 0-100km/h in 4.5 seconds (0-60mph in 4.3 seconds) and has a top speed of 283km/h (176mph), making it the fastest ever Land Rover.

The Range Rover Sport SVRs in No Time To Die strike a unique mix of stealth and performance. Now you can replicate this combination and celebrate the release of the 25th Bond film with a single click on the Land Rover configurator.

The Range Rover, the original luxury SUV, made its world premiere in 1970. Since then the family has grown to include the Range Rover Sport, Evoque and Velar. No Time To Die will also feature a Range Rover Classic alongside three Defenders and a Series III Land Rover.

No Time To Die is directed by Cary Joji Fukunaga and stars Daniel Craig, who returns for the fifth and final time as Ian Fleming’s James Bond 007. The film will be released in cinemas from September 30 2021 in the UK through Universal Pictures International and in the US on October 8 2021, from Metro Goldwyn Mayer (MGM) through their United Artists Releasing banner.

The Range Rover Sport SVR is priced from £99,620 in the UK. To configure and order yours online, visit: www.landrover.co.uk/RangeRoverSport

At Jaguar Land Rover, we are driven by a desire to deliver class-leading vehicles, which will provide experiences our customers will love, for life. Our products are in demand around the globe. In 2019 Jaguar Land Rover sold 557,706 vehicles in 127 countries.

We support around 260,000 people through our retailer network, suppliers and local businesses. At heart we are a British company, with two major design and engineering sites, three vehicle manufacturing facilities, an Engine Manufacturing Centre and soon to be opened Battery Assembly Centre. We also have vehicle plants in China, Brazil, India, Austria and Slovakia. We have seven technology hubs. In the UK these are based in Manchester, Warwick (NAIC) and London. Globally these are located in Shannon, Ireland, Portland, USA, Budapest, Hungary and Changshu, China.

We have a portfolio of electrified products across our model range, embracing fully electric, plug-in hybrid and mild hybrid vehicles as well as continuing to offer the latest diesel and petrol engines. All new Jaguar and Land Rover vehicle models offer the option of electrification, giving our customers even more choice.

Synopsis:
In No Time To Die, Bond has left active service and is enjoying a tranquil life in Jamaica. His peace is short-lived when his old friend Felix Leiter from the CIA turns up asking for help. The mission to rescue a kidnapped scientist turns out to be far more treacherous than expected, leading Bond onto the trail of a mysterious villain armed with dangerous new technology.

About Metro Goldwyn Mayer
Metro Goldwyn Mayer (MGM) is a leading entertainment company focused on the production and global distribution of film and television content across all platforms. The company owns one of the world's deepest libraries of premium film and television content as well as the premium pay television network EPIX, which is available throughout the U.S. via cable, satellite, telco, and digital distributors.  In addition, MGM has investments in numerous other television channels, digital platforms, interactive ventures, and is producing premium short-form content for distribution. For more information, visit www.mgm.com.

About Universal Pictures International
Universal Pictures International (UPI) is the international marketing and distribution division for Universal Pictures. In the United Kingdom, Ireland, Spain, Italy, Germany, Austria, Switzerland, the Netherlands, France, Russia, Korea, Australia, New Zealand, Mexico and China (including Hong Kong SAR), UPI directly markets and distributes movies through its own offices, creating local campaigns and release strategies. In other parts of the world, UPI partners with Warner Bros, with Paramount through United International Pictures (UIP), and with Sony, either directly or through UIP, to distribute its films. Universal Pictures is part of NBCUniversal, one of the world’s leading media and entertainment companies in the development, production, and marketing of entertainment, news, and information to a global audience. NBCUniversal is a subsidiary of Comcast Corporation. 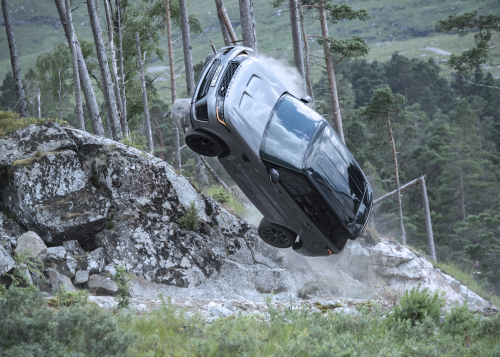