The legendary Range Rover took its next evolutionary step with a plug-in hybrid (PHEV) electric model, fittingly revealed at the Design Museum in London 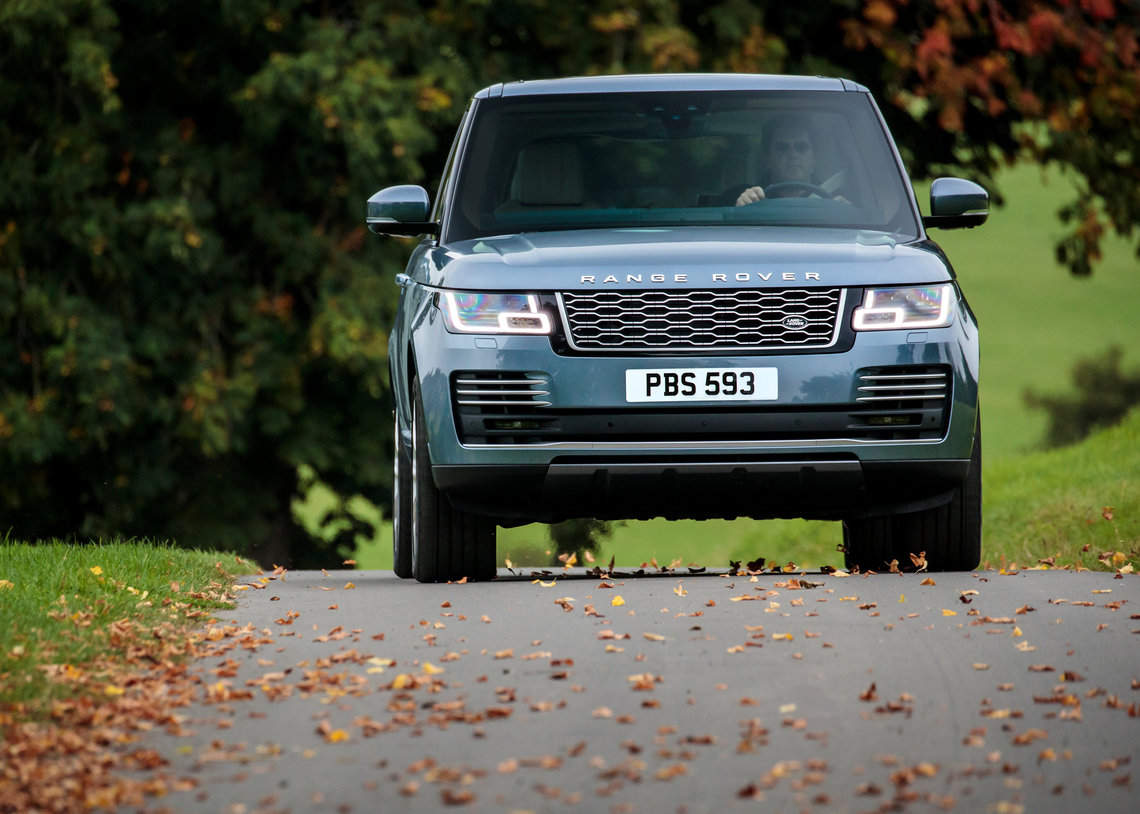 More than ever, Range Rover represents the pinnacle of luxury travel, making every journey a treasured experience whether driving or being driven.

Conceived nearly 50 years ago for the country set to use on the estate and then drive to the townhouse, Range Rover has continuously evolved to lead the world around it, remaining the peerless luxury SUV

The exterior design has evolved, while heightened comfort and new consumer technologies have been added to the cabin. 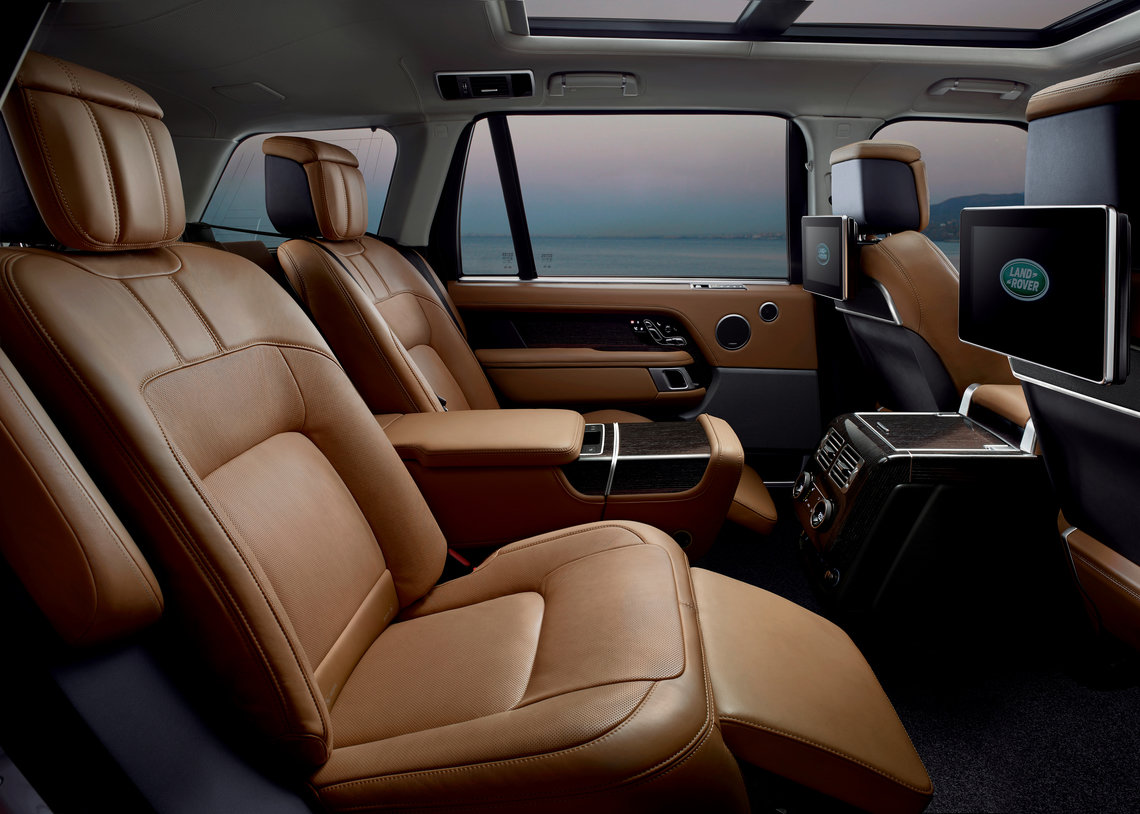 Comfort-enhancing functions transform the travelling experience for the driver and passengers. The front seats feature 24-way movement thanks to the new seat frames, with wider and deeper foams as well as heated arm rests. In the rear a completely redesigned cabin and seating layout create a tranquil sanctuary with no compromise to the rear load space.

If you’re working while being driven, up to 17 connection points including domestic plug sockets, USB, HDMI and 12-volt are all available; 4G Wi-Fi hotspots for up to eight devices and convenient storage are all designed for the business traveller.

The cabin is tailored for relaxation with luxurious seats offering 25 massage programmes thanks to Hot Stone massage technology within the seat backs.

Wider, softer seats offer sumptuous comfort. Reclining by up to 40 degrees, they make the most of the additional 186mm legroom (now 1,206mm in total) and can be deployed at the touch of button. The exemplary comfort extends to heated and cooled seats, plus heated arm, foot and calf rests. For additional convenience and personalisation, all seat functionality can be controlled via a smartphone app, whether inside or outside the vehicle. 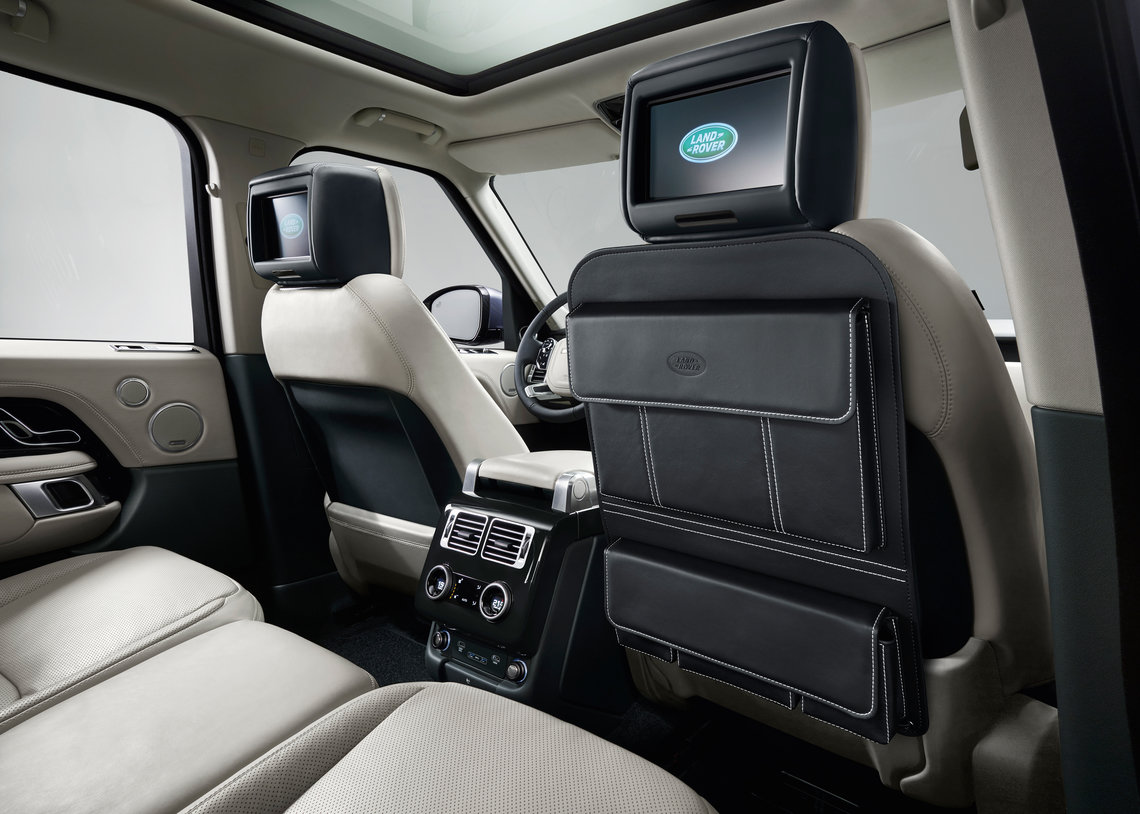 Our customers are very clear about what they want from any new Range Rover. ‘Don’t change it, just make it better,’ they tell us, so everything we've done has been about enhancing our flagship SUV. After nearly 50 years the fourth generation Range Rover is the finest so far, ensuring the original luxury SUV remains the choice for discerning customers the world over. 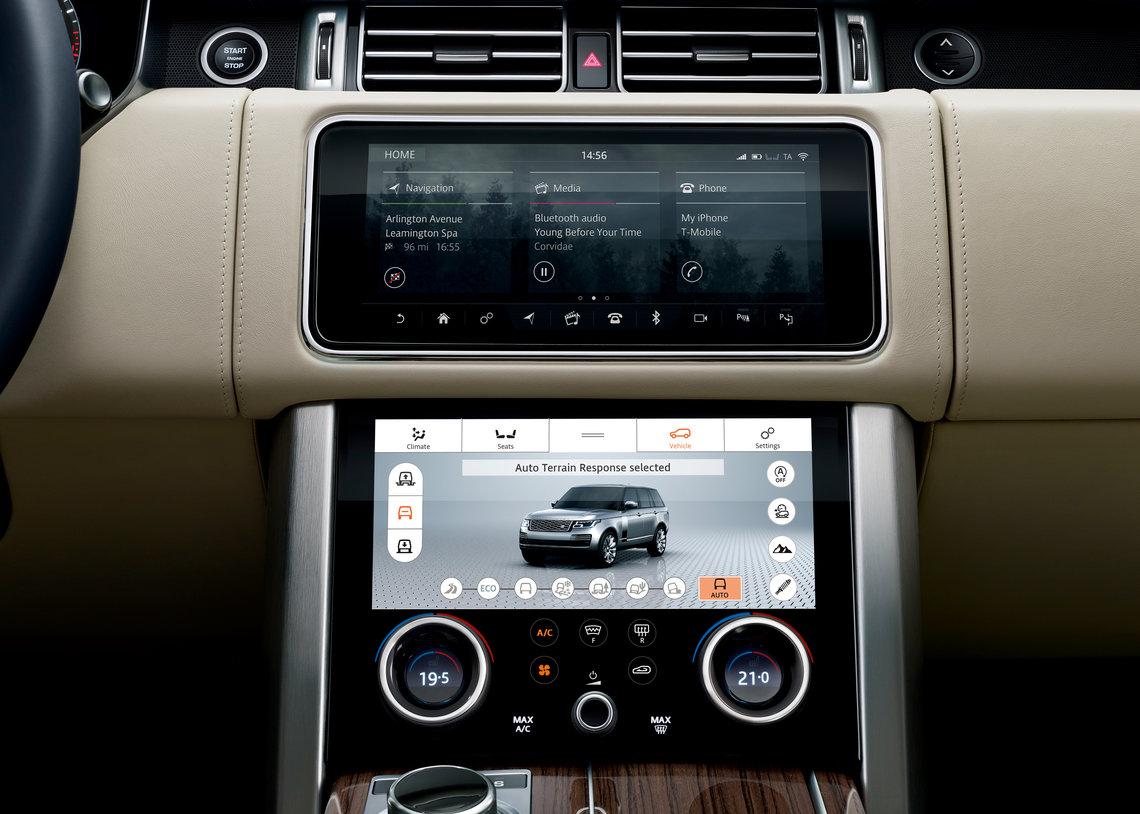 The elegance of the interior has been elevated by the seamless integration of the most advanced infotainment system yet created by Jaguar Land Rover.

Touch Pro Duo, codenamed ‘Blade’, combines two high-definition 10-inch touchscreens on the centre console working in perfect harmony. Information can be swiped from one screen to the other, making the layout highly intuitive and engaging to operate, with unrivalled functionality. 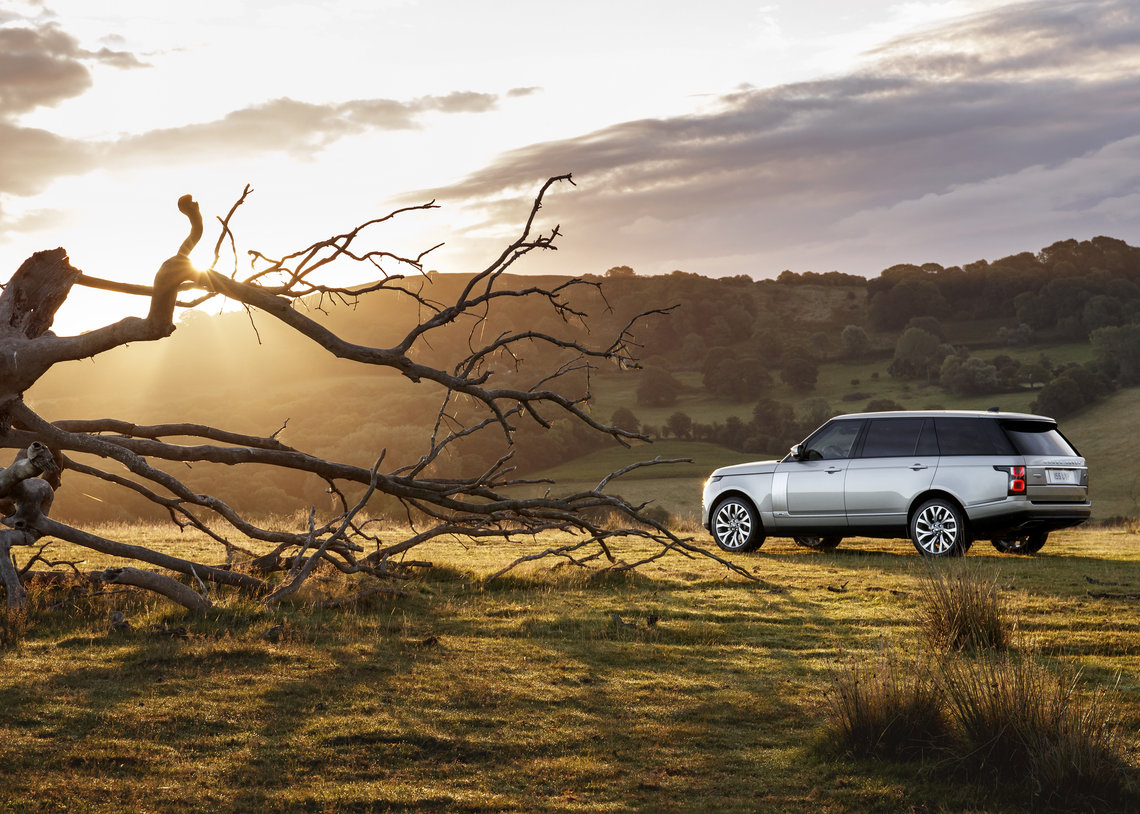 With an impressive 640Nm of torque, the new powertrain combines to deliver dynamic performance with traditional Range Rover capability, comfort and refinement.

Thanks to its electrified powertrain, the Range Rover P400e emits only 64g/km on the NEDC combined cycle and provides an all-electric range of up to 31 miles (51km) without the Ingenium petrol engine running. For the first time, customers choosing Land Rover’s flagship SUV can experience zero-emission driving.

The P400e provides whisper-quiet refinement with uncompromised off-road capability as well as enabling entry into areas with restrictions for air quality, including most congestion charging zones.

Drivers of the new PHEV model can choose from two driving modes:

> Predictive Energy Optimisation (PEO) function – entering a destination in the navigation system enables the feature, which utilises in built GPS altitude data for the selected route, to intelligently combine the electric motor and petrol engine to maximise fuel economy

2. EV (Electric Vehicle) mode – enables the vehicle to run solely on the electric motor using the energy stored in the battery, the ideal solution for quiet, zero-emission journeys

The powertrain’s precision and control make for serene progress in all conditions and across all terrains. Land Rover’s Terrain Response 2 technology has a unique calibration to intelligently and precisely distribute torque from the electric motor, which has no creep speed and is able to deliver maximum torque from zero rpm, to all four wheels. This gives greater control during low-speed off-road manoeuvres, confirming Range Rover’s outstanding breadth of effortless capability. 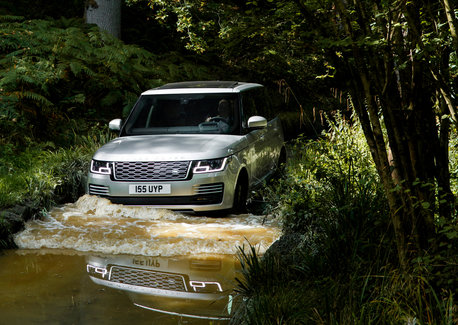 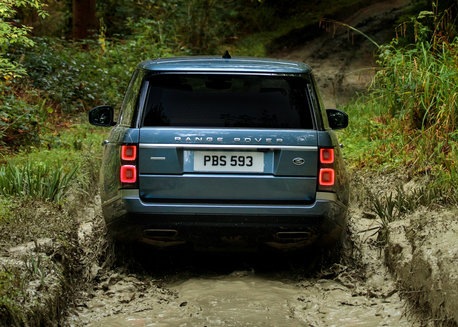 The new Range Rover takes our luxury SUV to new heights, delivering enhanced refinement, luxury and all-terrain capability. The new PHEV powertrain isn’t simply a no-compromise solution – it builds on the traditions of our flagship SUV and delivers heightened refinement and comfort with impressive performance and efficiency.

When rapid charging the 13.1kWh high-voltage lithium-ion battery, a full charge can be achieved in as little as 2 hours 45 minutes at home using a dedicated 32 amp wall box. The battery can be fully charged in 7 hours 30 minutes using the 10 amp home charging cable supplied as standard. The Range Rover’s battery is covered by an eight-year, 100,000-mile, 70 per cent state of health warranty. 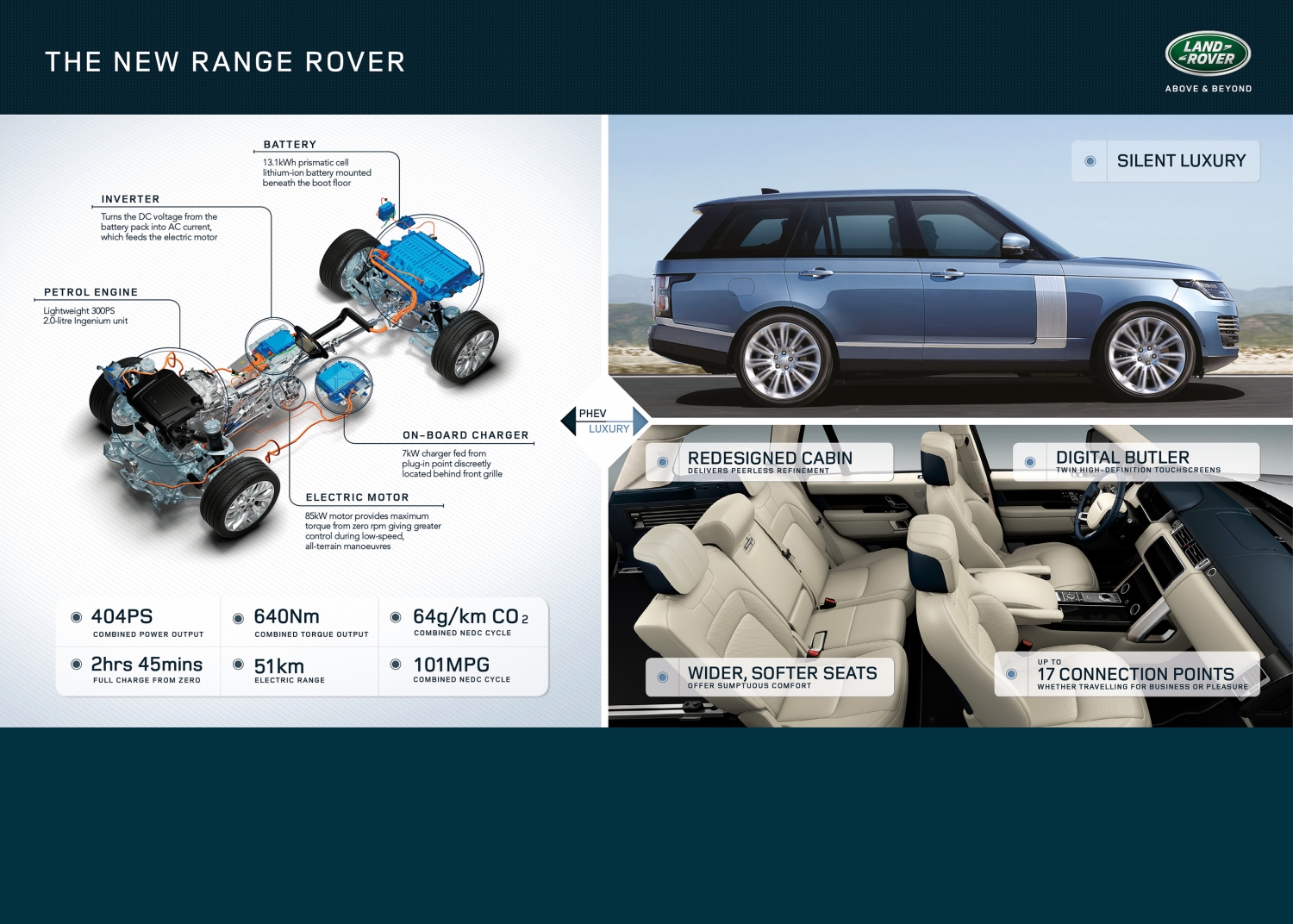 The Range Rover 2.0-litre Ingenium petrol engine is longitudinally mounted, with the 85kW electric motor housed in the ZF automatic eight-speed transmission at the centre of the vehicle alongside the 7kW on-board charger. The access point for the cable is at the front of the vehicle, while the prismatic cell lithium-ion battery is mounted at the rear beneath the boot floor. The P400e is available in both standard and long wheelbase body styles. 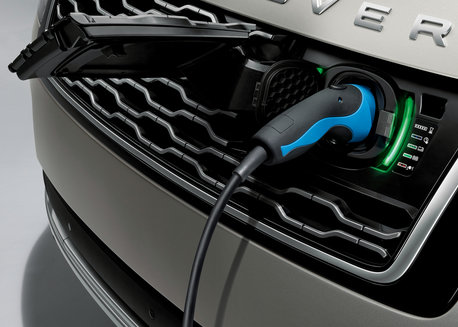 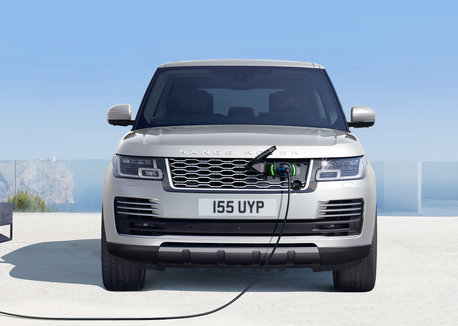 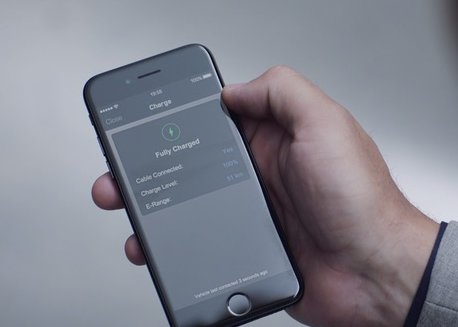 The new Range Rover has been enhanced with further technologies for greater comfort and convenience:

> Gesture sunblind: opened and closed by an advanced gesture control system that senses an occupant’s hand movement. All it takes to open the blind is a rearward swipe in front of the rear view mirror, and forwards to close

> Activity key: customers can securely lock and unlock their vehicle without the need to carry a conventional key fob

To experience tailored Range Rover luxury and performance in its most dynamic form, customers can now savour the enhanced SVAutobiography Dynamic – the most powerful production Range Rover to date. The output from its V8 supercharged petrol engine is up to 565PS (a 15PS increase), which delivers 0-60mph in only 5.1 seconds (0-100km/h in 5.4 seconds). Striking design revisions include an exclusive Graphite Atlas mesh grille design with chrome inserts and a revised rear bumper with integrated metal tailpipe finishers. 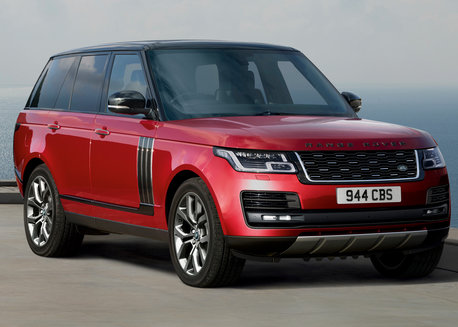 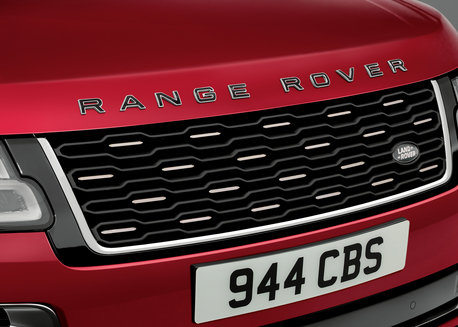 Designed and engineered by Jaguar Land Rover in the UK, the new Range Rover will be produced at the company’s Solihull production facility and is available to order now, with first deliveries from the end of 2017 (market dependent).

For Broadcast Video Go To: 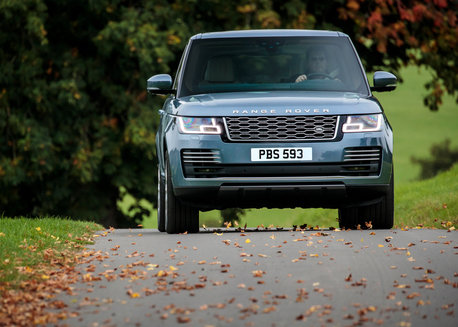 The Range Rover’s exterior design has evolved, while heightened comfort and new consumer technologies have been added to the cabin 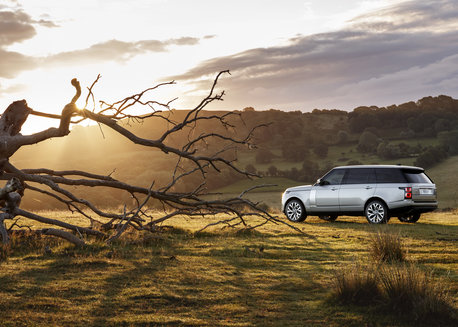 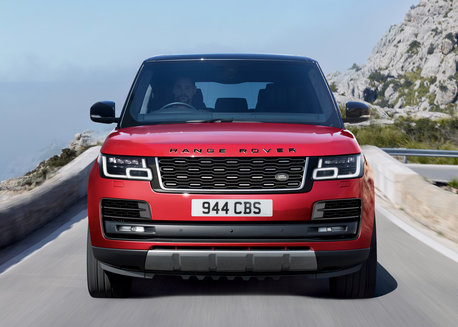 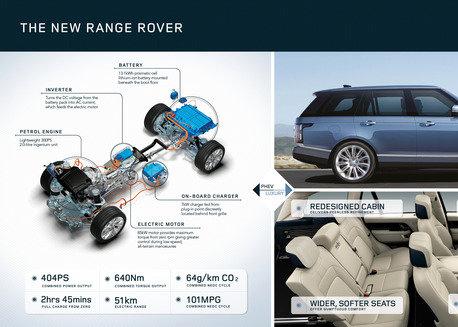 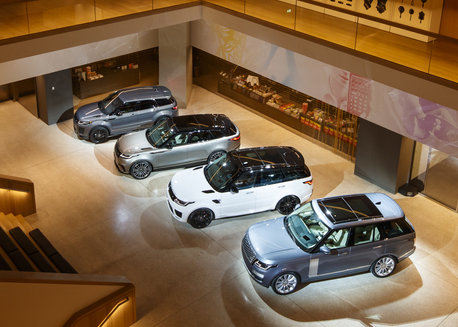 The reveal of the new electrified Range Rover at the Design Museum, London on October 10 2017 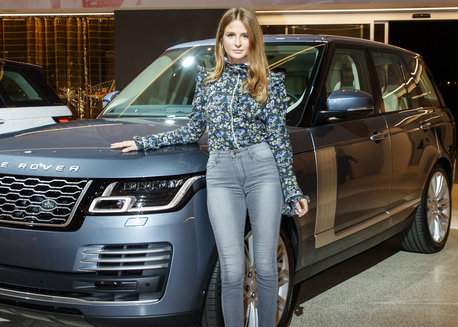 Celebrity guests attend the reveal of the new electrified Range Rover at the Design Museum, London, on October 10 2017