The Defender has proven to be an incredibly tough, durable and capable platform from which to grow the series in the UK and beyond. Designed for novices and competition veterans alike, the Defender Rally Series by Bowler consists of 12 teams taking part in nine events, including seven competitive rounds in identical Defender rally cars. After the first private round, fully supported teams participate in six rounds of public events in which they will develop both the driving and organisational skills required of open competitive motorsport. 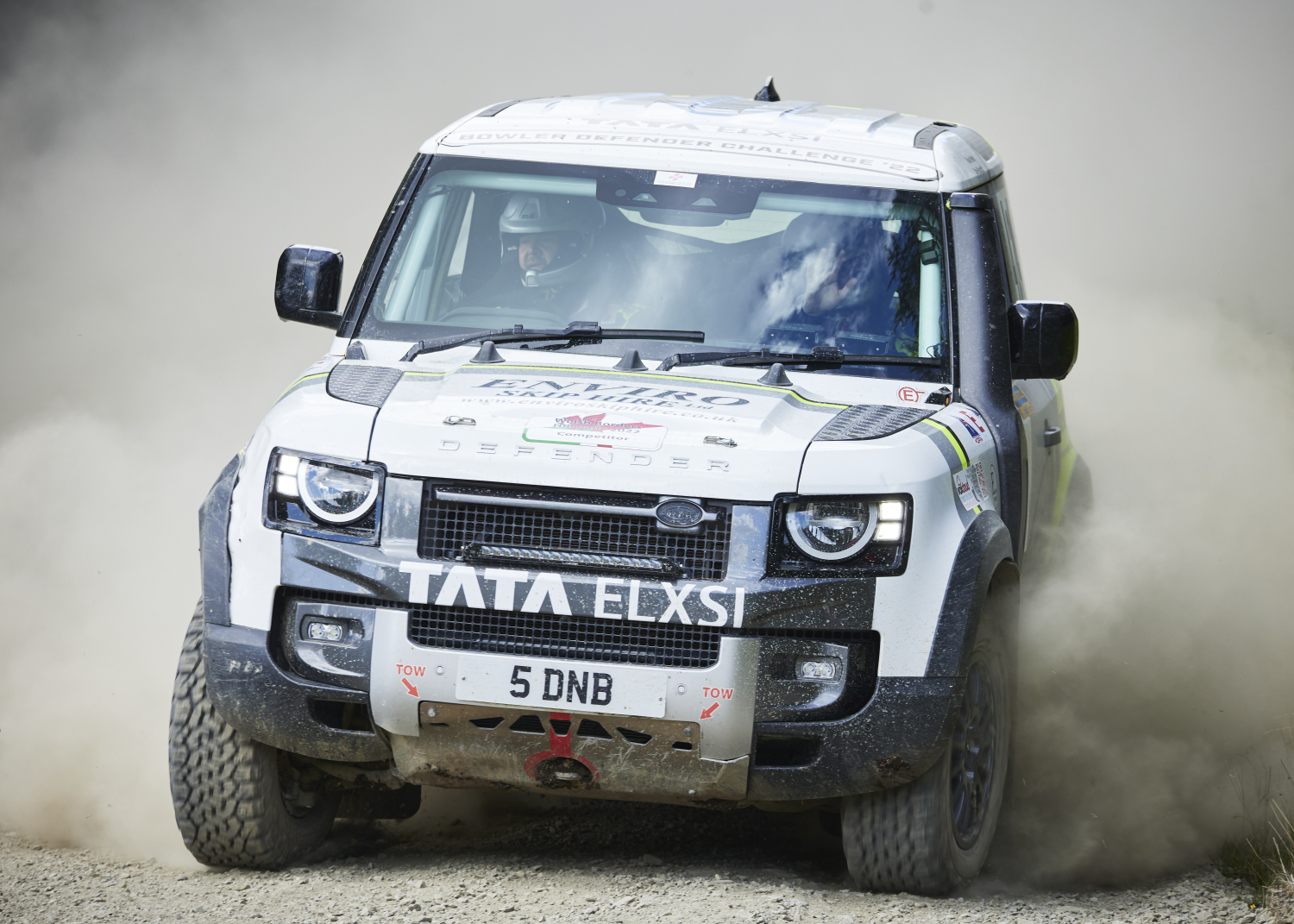 Building on the popularity of the Tata Elxsi Bowler Defender Challenge for 2022, the Defender Rally Series by Bowler has been specifically designed to offer entrants the chance to gain rally motorsport experience and know-how, facilitating progression to rally-raid events. Bowler can offer the necessary support and training enabling entrants to achieve the correct licencing in order to compete in the UK and internationally. 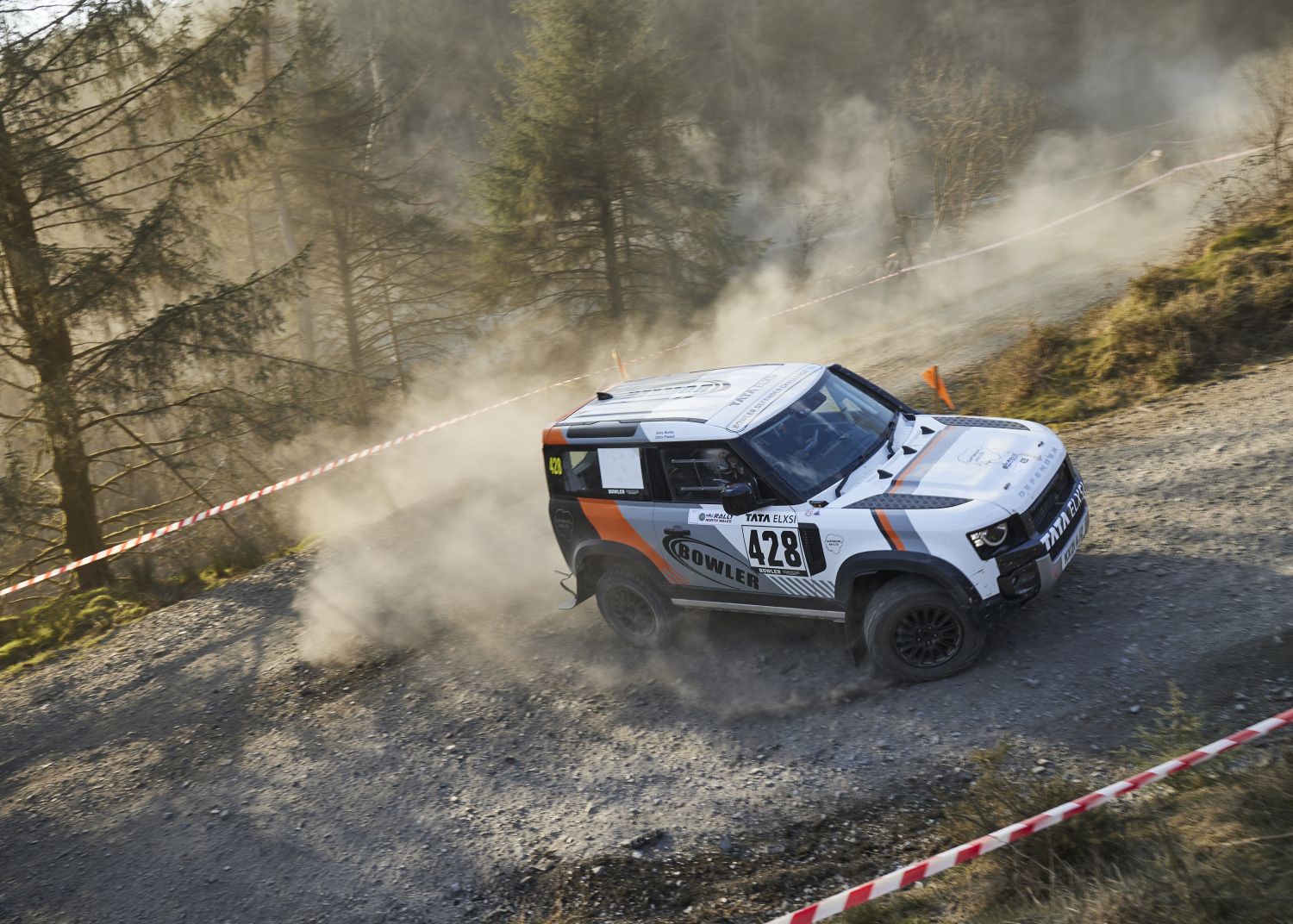 The UK Championship provides an inclusive team atmosphere with full technical support on hand at every event. The professional presence of the team, with comprehensive on-event spares support and team hospitality area creates a true paddock within the paddock and underlines Bowler’s unique proposition and commitment to the sport. As a result, the camaraderie among current teams has been exceptional while still remaining highly competitive, with demand continuing to grow within the UK and overseas.

Packages for the 2023 UK Championship will start at £108,334 (plus VAT). This includes purchase and full ownership of a brand-new, fully converted rally car, based upon the latest road registered model year Defender 90 P300, management through nine events, including seven competitive championship rounds with full works support consisting of a dedicated team of race technicians, event hospitality, professional guidance, access to a fully stocked spares container and support unit, plus training. Competition organiser race entry fees are additional to the Bowler package.

A number of additional support options are available, these include Arrive and Drive whereby the rally car is entirely managed by Bowler for the duration of the 2023 UK Championship; cars are professionally managed, cleaned, inspected, repaired where required, stored between competitions and delivered to each round ready to race. Rounds take place in remote areas around the UK so this option is particularly attractive for time poor or international drivers. Further options include licence development and bespoke training delivered by a professional rally driver.

The 2022 Defender Bowler Championship has exceeded expectations on all fronts. As we anticipated, the latest generation Defender has proven to be a highly capable and extremely tough rally car which continues to surprise and thrill anyone who has experienced it. It has delivered incredibly close competition amongst the teams whilst still competing aggressively against the competition in the open rounds. Above all, the team camaraderie and relationships formed around the Championship have been a highlight which has attracted many new interested customers.

The provisional 2023 UK Championship calendar is as follows*:

*All dates and events are to be confirmed. 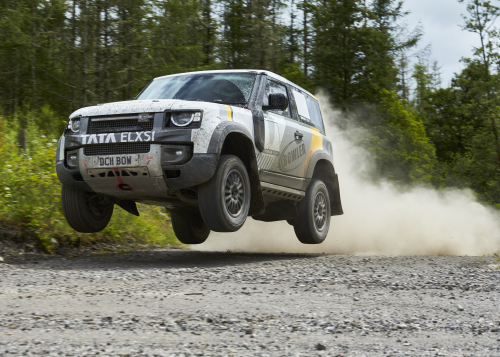 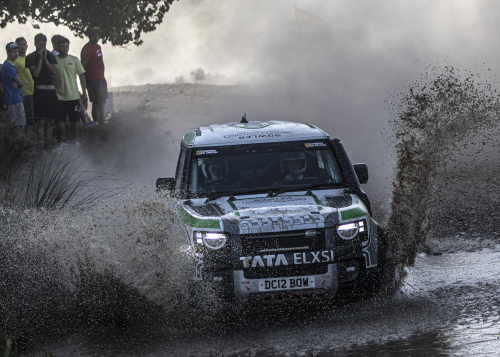 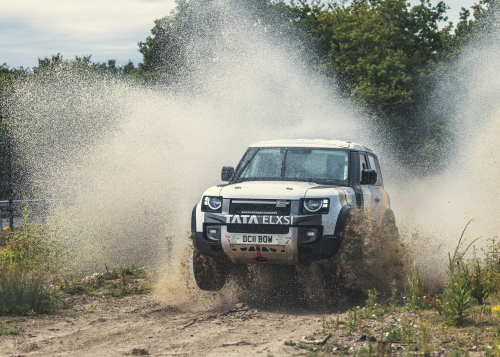 We knew from our initial test programme with a pre-production Defender we had the basis of a rally car that would deliver great poise and stability under race conditions – essential for new drivers but still bringing great capability for experienced drivers. The big test was always going to be whether our 2022 competitors agreed, the answer has been an unequivocal yes! It’s been fantastic to see the cars relative performance against very serious competition in the diverse range of events selected for the Championship. 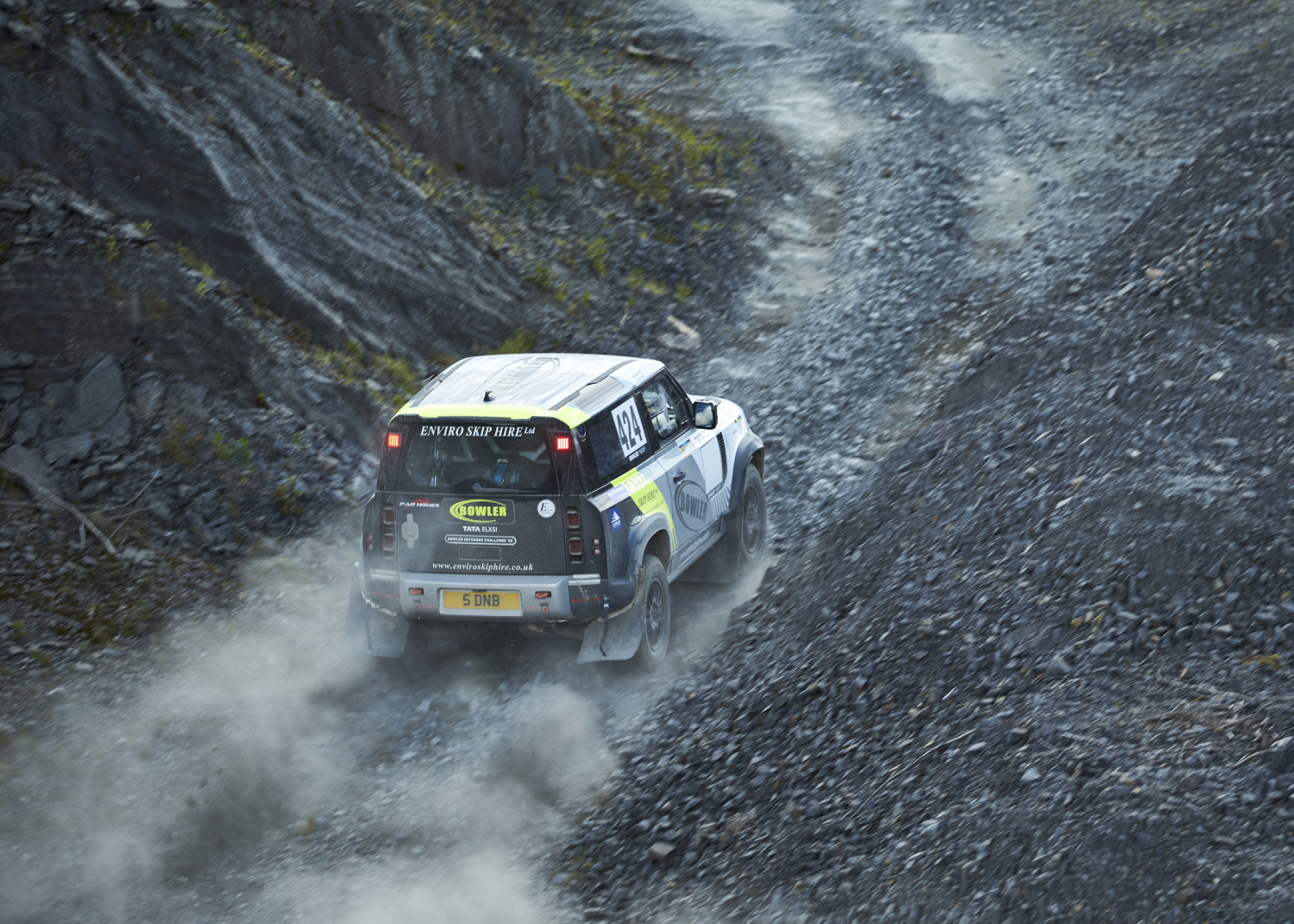 The 2023 UK Championship will benefit even further from Bowler’s pedigree and experience which has helped this year’s racers hone their skills. The 2023 season will be even more keenly fought in a car that turns heads wherever it goes. Bowler is pleased to offer this opportunity which provides unique challenges, adventures and experiences that embody the Bowler team spirit and pedigree.

The Defender Bowler rally car is based on a production car which includes driver convenience features such as InControl Security, Sat Nav, Climate Control and Telematics as part of the donor spec. Hopefully drivers won’t ever need to use reverse cameras but the aircon can be a blessing in hot summer rounds.

Defender Bowler Specification (modifications from base)

Bowler, founded in 1985, is based in Belper, Derbyshire and pioneered the production of dedicated off-road competition cars in the UK.

It has achieved international success in rally raid events, having previously participated in the Dakar Rally, British Hill Climb Championship and French Baja with their Tomcat, Wildcat & Nemesis models, all of which were based on the heritage Defender 90 and 110.

Bowler provides its customers with competition racing events, to provide them with the driving skills and technical competition knowledge necessary to undertake international rally raid events.

Bowler has become synonymous with conversions and modifications of Defender models, designed to enhance power, handling, braking and comfort. These can be tailored to suit individual requirements and desires, including bespoke engineering requirements.

Since its inception Bowler has had a close affiliation with Land Rover, which was formalised with a brand partnership in 2012 that led to the creation of the popular Defender Challenge by Bowler rally series in 2014 - 2016.

The business was acquired by Jaguar Land Rover Group in December 2019 and forms part of Special Vehicle Operations.

Bowler is granted use of the Defender name under licence from Jaguar Land Rover. 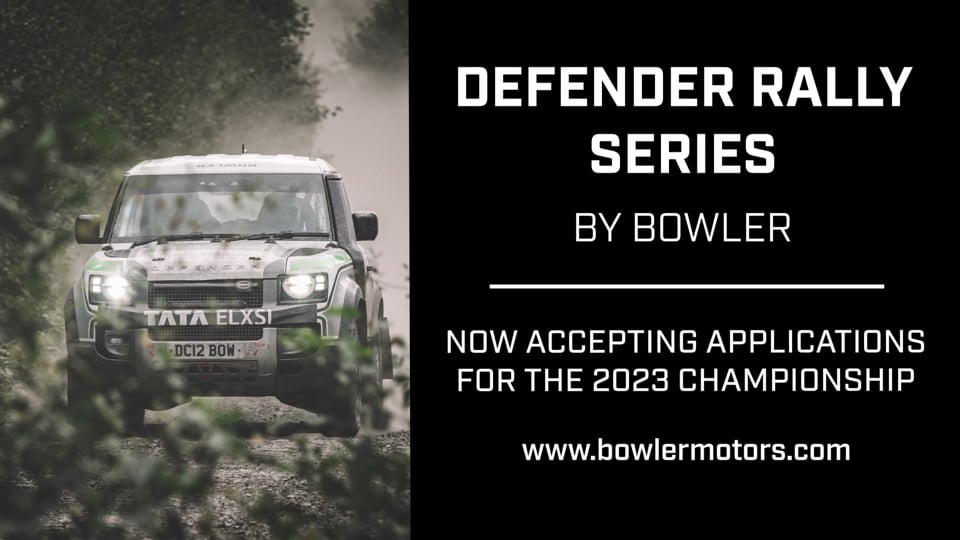