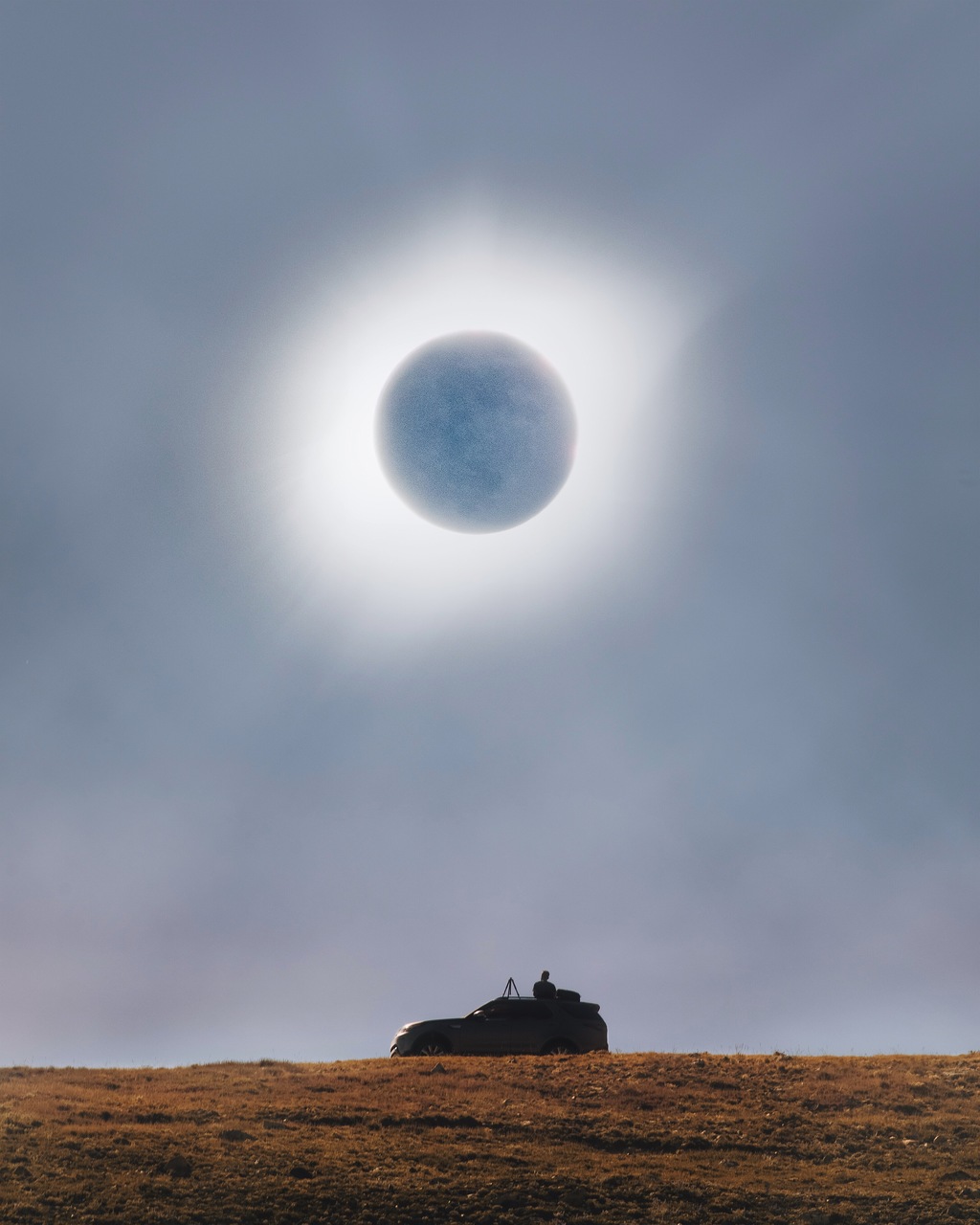 Jaguar Land Rover North America teamed-up with world-renowned adventure photographer Alex Strohl to capture one iconic image of the total solar eclipse, from a vantage point only a Land Rover vehicle could take him to.

That is an incredible shot of the eclipse with the all-new Land Rover Discovery. Where is the location?

It’s called Railroad Ridge near Challis, Idaho. You leave the pavement outside Stanley, Idaho at around 6,500 feet and then it’s a rough, rugged off-road climb to just over 10,000 feet. It was just the most stunning, remote location that we knew was in what they call ‘the path of totality’ for the eclipse. It was the perfect vantage point for one of nature’s most beautiful fleeting moments.

How much time did Alex Strohl, the photographer, have to capture the eclipse?

He had only two minutes to capture this photo. We actually arrived at the Ridge on Saturday and spent Sunday finding the perfect spot to position one of two Land Rover Discovery models we’d brought along. We also needed to decide on the best location to take the shot, which ended up being over half a mile away and around 1000 feet below the vehicle.

What was the plan going into the photo shoot?

We were looking for one shot, capturing one moment in time. It would be part of Land Rover’s ‘Fleeting Moments’ series where we capture nature’s scarcest occurrences and the journeys with a Land Rover vehicle to get there. You might remember ‘Manhattanhenge’ where we photographed the rare moment when the sunset aligns perfectly with Manhattan’s street grid, illuminating a canyon of towering skyscrapers. Or ‘Shadow of the Bear’, when only twice a year a mythical bear comes out of hibernation in the form of a vast shadow cast from the Great Smoky Mountains of North Carolina.

How is the ‘Fleeting Moments’ series relevant to Land Rover owners?

We hope it inspires owners to go out and experience their own fleeting moments. Our adventure to the top of Railroad Ridge was something any Land Rover owner could have enjoyed. Yes, it was a pretty-challenging low-range climb up the trail, but nothing the all-new Land Rover Discovery couldn’t tackle. And once we reached the Ridge, we folded down the seats in our Discovery and camped the two nights we were there, making it feel like a real adventure. Yet from the start of the trail near Stanley, we were only a five-and-a-half hour drive from Salt Lake City.

This isn’t the first time Land Rover has worked with Alex Strohl?

No, we’ve done some great work with Alex over the past year. Last year we partnered with Alex, who happens to be a long-time Land Rover owner, to showcase the capability and versatility of our Land Rover Discovery Sport. He used the vehicle to access and photograph some of the most remote and beautiful areas this country has to offer. In the second half of last year, he drove over 20,000 miles from his home in Montana, taking the Alcan Highway to Alaska, and returning via the deserts of Nevada, Arizona and Utah. His photography from the trip was truly remarkable. In many ways, Alex and his work, epitomizes the very spirit of adventure that Land Rover is known for.

There have to be more images from the shoot than that one iconic eclipse image. Where can we see them?

We plan to post a selection on the Jaguar Land Rover media site at media.landrover.com.