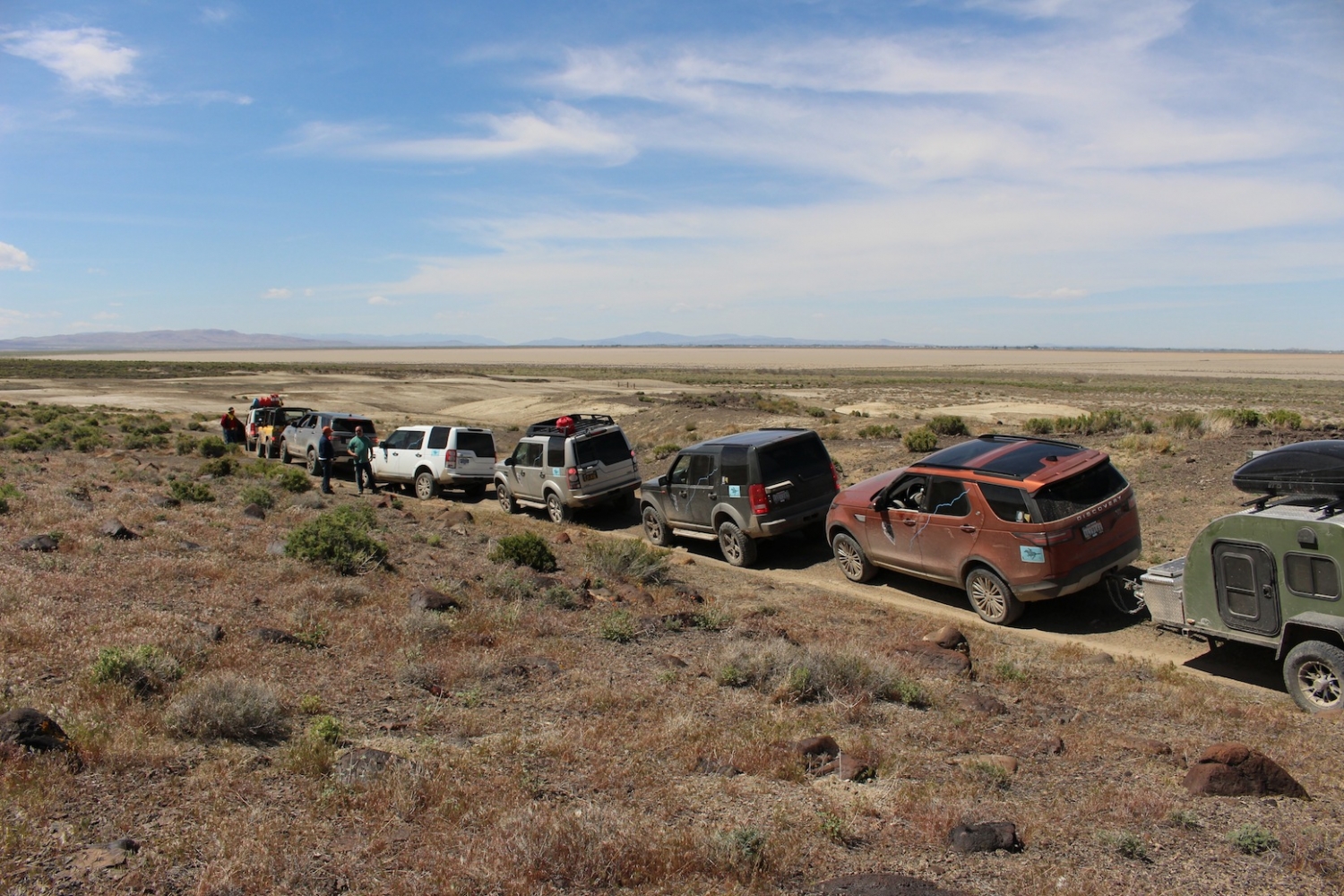 When a handful of Jaguar Land Rover Reno customers suggested the all-new 2017 Land Rover Discovery might not be as rugged and capable as their LR3 and LR4 models, General Manager, Marc Shepard, challenged them to a back-to-back test drive - along Nevada’s challenging Pony Express Trail.

Here Marc explains how the off-roading marathon was a great way of changing their customers’ perceptions.

How did you get your customers to take part in a four day test drive?

We offered them a challenge. None of them had yet driven the all-new Land Rover Discovery, and only read about it in the press. They were telling me that it looked too soft, too much like a Range Rover, and definitely not as capable and rugged as their Land Rover LR3 or LR4 models. I invited them to compare their vehicles with the new Discovery on a real back-to-back off-road adventure.

Where did you decide to hold this challenge?

Nevada was one of the states the Pony Express riders went through back in the early 1860s on their way from Missouri to California. Their route is preserved as ‘The Pony Express Trail’. The plan was to start in the old Nevada mining town of Austin and drive the 200-odd miles to the state capital of Carson City. It’s a tough off-road trail.

Who were the customers you invited?

In the end we invited three very loyal, very passionate Land Rover enthusiasts who are clients of our Jaguar Land Rover Reno store, and another two from our sister store, Jaguar Land Rover Las Vegas. One of the customers owns an LR4, a supercharged Range Rover Autobiography and a modified LR3 that he uses for off-roading. We identified these five as true influencers who would go back and share their experiences with friends. They brought along everything from LR3 and LR4 vehicles, as well as a classic, bright yellow Defender 90. We brought along two new 2017 Land Rover Discovery vehicles, one a petrol and the other a diesel.

How did the adventure go?

It was pretty amazing. It started out rather interesting in that we camped outside Austin the first night and woke up to three inches of snow on the tents. That was a surprise, but it gave us the opportunity to do some serious off-roading in the snow and test-out the Discovery vehicle’s grass, gravel and snow setting on its Terrain Response 2® system (1). During the drive, especially on the Austin to Fallon stretch, we encountered every type of surface and condition, from snow, to mud, to sand to rocks. It was a great test of the capability of the vehicles.

What was the overall reaction from the customers by the time you’d reached Carson City?

They were genuinely impressed at the breadth of capability of the new Land Rover Discovery. They loved the luxury, technology, refinement and interior versatility, but they were really blown-away by its capability off-road. One of the owners, who had bought a 2016 LR4 from us just six months ago, has asked us to trade it for a new Discovery. At least another two told me they would definitely be buying a Discovery. I think the biggest surprise to the customers was how impressive the Td6 diesel version is.

(1)These systems are not a substitute for driving safely with due care and attention and will not function under all circumstances, speeds, weather and road conditions, etc. Driver should not assume that these systems will correct errors of judgment in driving.  Please consult the owner’s manual or your local authorized Land Rover Retailer for more details.