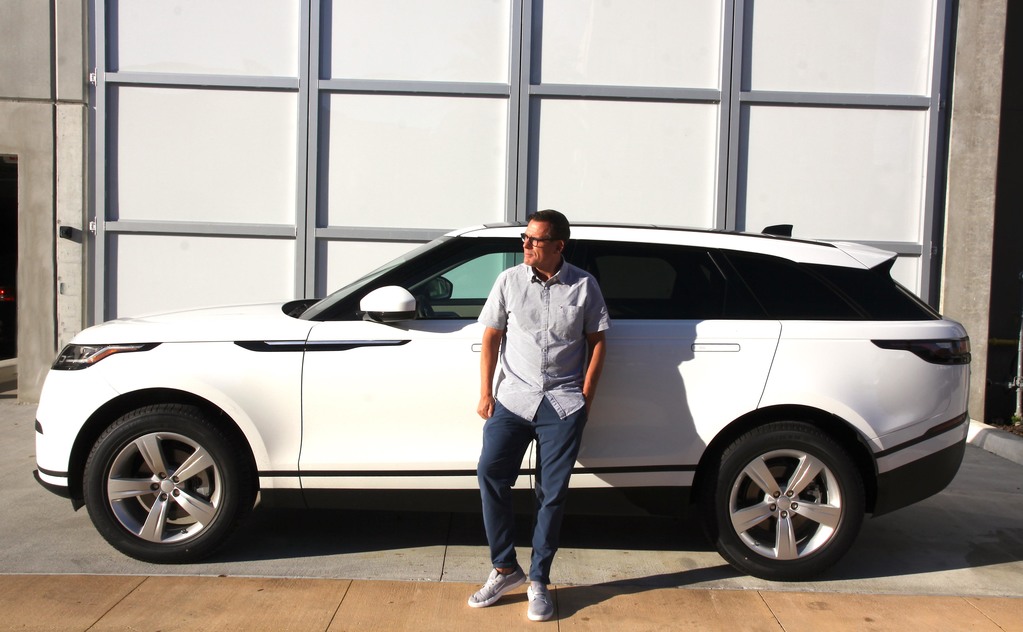 When Kim Kristiansen moved to Florida from his native Denmark to head-up U.S. sales and marketing for a leading Danish software company, the first decision he had to make was which new car to buy. Here he explains why a new Range Rover Velar topped his list.

Is this your first Range Rover?

Yes it is. My wife and I have just moved to St. Petersburg, Florida from Denmark which has some of the highest taxes in the world; a new car is taxed at up to 180 percent. We tended not to buy too many luxury cars, which is why I was so excited to transfer to the U.S.; within days of arriving I was planning which new car to get.

Why the new Range Rover Velar?

I have a good friend who owns a supercharged Range Rover Sport and loves it. He told me about the new Velar and said I should go and look at one. Being the quick-decision person I am, I rushed off to the dealer and, of course, this being July, it had yet to go on sale. I came home with a nice brochure.

After living in Denmark, I was over-joyed at the prices of luxury vehicles in the U.S. By comparison, they seemed very affordable. I test drove a new Porsche Panamera, a Maserati Ghibli and a BMW X6, but I kept coming back to the Velar. I just loved the sleek design, the style of the interior and the compact size. I contacted the dealer and asked for a call the moment a new Velar came in. In late August I got the call.

Which version did you end-up getting?

As the Velar was so new, my choices were a little limited. I would have loved a supercharged 3.0-liter R-Dynamic, but I bought a 2.0-liter turbo Velar S. Yes, I could have placed an order, but I just didn’t want to wait. Also, living in Florida with the sunshine, I felt I needed a light exterior color with a light interior. When the dealer said they had a new Velar S with Fuji White paint and an Acorn leather interior, I grabbed it.

I still think the Velar is one of the best-looking vehicles out there. I’m Scandinavian so design is very important to me; I really love the way it looks. On the inside, the entire fascia is so sleek and clean with the two 10-inch touchscreens in the center. The quality and craftsmanship of the leather is also first class. I like the flexibility of having a rear seat that splits 20:40:20 rather than the usual 60:40.

How does it drive?

I must say that initially I was a little disappointed at the thought of not having the supercharged V6 with its 380 horsepower, but after spending a few weeks with the 2.0-liter turbo four-cylinder, I have to say that it has all the power and performance I need. More than enough, in fact. I really like the  agility of the Velar; its steering is so precise and nicely weighted. It just feels very nimble and sure-footed.

How was the buying experience?

It could not have been better. In the end I decided to lease. What impressed me was that two weeks after I took delivery, I got a call to set-up an appointment for a follow-up tutorial. The tutorial involved a technician coming to my home, spending an hour answering all my questions, and making sure I fully understood the Velar’s technology. That was great service.