(MAHWAH, N.J.) - August 10, 2014 - Capable of accelerating from 0-60 mph in 4.5 seconds with an electronically limited top track speed of 162 mph1, the Range Rover Sport SVR will be the first Land Rover vehicle to wear the new high-performance SVR badge.

The SVR features a 5.0-liter supercharged V8 engine which has been developed to produce 550hp and 502lb-ft of torque - a 40hp and 41lb-ft increase over the standard supercharged V8 - while its advanced ZF® 8HP70 eight-speed automatic transmission and four-wheel-drive chassis have been tuned to complement the astonishing performance.

Speaking ahead of its global premiere, John Edwards, Managing Director of Land Rover Special Operations, said: "The Range Rover Sport SVR is a natural progression beyond the core vehicle's outstanding on- and off-road capabilities and leading-edge design. It's exhilarating performance will satisfy a particularly demanding customer set."

"A thorough range of revisions specially developed by Land Rover's Special Vehicle Operations combine to make this premium derivative even more distinctive both inside and out, as well as taking its dynamic capabilities to the next level without impacting on comfort, refinement or all-terrain versatility. The Range Rover Sport SVR is truly the world's most capable performance SUV."

Section 1 - THE MOST POWERFUL LAND ROVER VEHICLE EVER

The heart of the Range Rover Sport SVR is an evolution of the JLR all-aluminum 5.0-liter supercharged V8 engine. With cast-iron cylinder liners and cross-bolted main bearing caps, this engine features a combination of strength, performance and refinement.

To increase performance, engineers at Special Vehicle Operations have tuned the Bosch management system and increased maximum supercharger boost pressure resulting in power and torque increases of 40hp and 41lb-ft respectively. Producing 550hp and 502lb-ft of torque, the SVR boasts a 0-60 mph time of just 4.5 seconds and an electronically limited top track speed of 162 mph1.

The Range Rover Sport SVR design enhancements include larger air intakes in the front bumper to increase airflow to two intercoolers that reduce the temperature of pressurized air from the supercharger before it enters the engine.

In Dynamic mode, sport driving characteristics are intensified thanks to sharper throttle response and more incisive gearshift logic2. In addition, the fuel supply is controlled on deceleration, creating a characterful crackle through the exhaust.

The engine's advanced and highly efficient design characteristics include: low internal friction; high-pressure direct injection with a centrally mounted, multi-hole, spray-guided injection system; dual independent variable camshaft timing (VCT); and an advanced intelligent Stop/Start system that stops the engine instead of idling and instantly restarts it when the driver is read to proceed.

The smooth and responsive eight-speed ZF® 8HP70 automatic transmission has been retuned for the available performance. With a sure-footed four-wheel-drive system, the transmission receives additional torque in its lower gears to achieve a thrilling 0-60 mph time of just 4.5 seconds1.

Equipped with eight close ratios, shift times have been reduced by up to 50 percent through the implementation of rapid and precise fuel cut-offs during upshifts. This leads to shorter, more visceral and audibly crisper shifts while utilizing engine inertia for a sense of acceleration through the shift. It also creates a more immediate connection to the vehicle, and ensures the engine is constantly within its power band.

To improve dynamic stability, the throttle is automatically blipped during high-speed downshifts, smoothing the transition between ratios. This function also allows the transmission to perform a series of rapid downshifts under hard braking with maximum refinement and control. Corner Recognition maintains one gear through a turn to improve stability while also ensuring a keen response once the bend straightens and the driver can accelerate. Similarly, the transmission recognizes a series of overtaking maneuvers and maintains a lower gear to ensure instant acceleration2.

Despite this performance focus, there is no impact on refinement: the ZF eight-speed transmission's torque converter operates for smooth take off in first gear, but is bypassed by a locking clutch from second gear. This creates a direct link between the transmission and the driven wheels.

The transmission is controlled via either steering wheel-mounted paddle shift controls, or the gear lever. Drivers can default to full automatic mode, make occasional manual interventions, or push the gear lever to the left to gain manual control. In manual mode, gear shifts are made via the paddle shift controls, or by pushing the gear lever forwards for downshifts and pulling back for upshifts, echoing the shift logic of racing cars. In Dynamic mode, the shift strategy will not upshift at redline and will only downshift to prevent engine speeds below idle speed2.

The Range Rover Sport SVR has been engineered to deliver an incredible breadth of capability. The SVR is fitted with permanent four-wheel drive and a two-speed transfer case, with a low-range option for demanding terrain, and a 50/50 percent torque split front-to-rear.

Optimum traction is maintained with the aid of an electronically controlled multi-plate clutch in the center differential, which distributes torque between the front and rear axles - up to 100 percent can be channeled to either axle in extreme conditions. Sophisticated electronic traction-control systems further contribute to capability.

The transfer case offers selectable low- and high-range, using a two-speed fully synchronized shift on the move' system which allows the driver to change between the two at up to 37 mph for exceptional flexibility. High-range provides a direct drive ratio of 1:1, while the low-range ratio is 2.93:1, providing an extremely low crawl speed. This allows for an overall crawl ratio of 45.542:1.

To optimize traction and stability, the Dynamic Active Rear Locking Differential has been recalibrated. The differential now locks earlier and to an increased extent, satisfying performance-minded drivers and ensuring torque is transferred to the rear wheel with most traction, increasing agility2.

Torque Vectoring is also uniquely recalibrated. It uses the car's brake system to create the effect of a torque-vectoring differential, constantly balancing the distribution of engine torque between the four wheels during cornering, for improved grip and steering, and reduced understeer2.

The system monitors the vehicle 100 times per second via the Dynamic Stability Control (DSC) module.  As the car accelerates through a corner, the system uses yaw sensors to detect the beginning of understeer.  Imperceptible levels of braking are then used to correct the vehicle attitude, while engine torque is transferred to the outside wheels, which have more grip, thus maintaining traction and steering control2.

The exterior design and luxurious interior of Land Rover's premium sports SUV have been enhanced for the Range Rover Sport SVR with a range of dynamic improvements.

The larger air intakes in the front bumper create additional airflow for the charge air coolers that channel air to the powerful 550hp supercharged engine.

The new rear spoiler reduces lift, and has been carefully balanced with the new front bumper.  Beneath the front bumper a new NVH comb is fitted, which reduces wind noise and improves aerodynamic efficiency.  It also reduces front-end lift to help the front tires retain high levels of grip during enthusiastic driving. The deeper front bumper's more aggressive lower section can also be removed for extreme off-roading.

A choice of seven color palettes are available, including the striking Estoril Blue, exclusive to the Range Rover Sport SVR. Exterior trim detailed in Black and headlights with black casings round-off the design enhancements, creating a visually imposing road presence.

The sporting theme continues with the rear seats, which have been redesigned to echo the performance-oriented front seats. The result is an eye-catching four-seat aesthetic, with space for an occasional fifth passenger. The new rear seats recline for maximum comfort and offer full 60/40 folding capability and up to 62.2 cubic feet (1761 liters) of load space.

Together with modified engine tuning that cuts the air charge far more quickly when the driver lifts off the throttle, the new exhaust also creates a pronounced crackle during deceleration. If desired, the driver can also select a quiet mode at any engine speed. The new active exhaust system has also been designed to maintain the outstanding off-road performance of the Range Rover Sport SVR should owners decide to use its 33.5-inch (850mm) wading capability2.

The Range Rover Sport has been praised for its high levels of comfort and extremely agile handling. The SVR takes that capability to the next level courtesy of extensive development on British country roads, German autobahns and the Nürburgring Nordschleife.

The Range Rover Sport SVR chassis has been tuned for enhanced agility. Constructed mainly from lightweight aluminum components, the suspension is fully independent and double-isolated, with wide-spaced double wishbones at the front and an advanced multi-link layout at the rear. A cross-linked, four-corner air suspension and Adaptive Dynamics with continuously variable magnetorheological dampers is featured in the SVR. Adaptive Dynamics active damping monitors vehicle movements at least 500 times a second, adjusting the damping force almost instantaneously in response to changing road-surface conditions and driver inputs2.

The air springs feature a modified piston profile for sportier handling and composure, while the Adaptive Dynamics damper settings have been tuned for increased agility. Rear suspension subframe bushings, upgraded by 20 percent, ensure a connected response to driver inputs.

While offering a level of performance normally associated with performance cars, the vehicle's high levels of comfort and off-road capability have not been sacrificed: the ride quality retains its compliance and the ride height is unaltered, with an adjustable range from 2 inches (50mm) in access mode up to 9.3-inches (235mm) for off-roading. Wheel travel also remains identical, with 10.2-inches of movement at the front and 10.7-inches (272mm) at the rear. Wading depth continues to be 33.5-inches (850mm). Six Terrain Response® 2 settings continue to be available: General, Dynamic, Grass/Gravel/Snow, Mud/Ruts, Sand, and Rock Crawl. Alternatively, the "Auto" setting intelligently selects the most appropriate mode2.

All vehicles will be equipped with Range Rover Sport SVR-specific 21-inch alloys and all-season 275/45 R21 tires.

While ARC is tuned to behave uniquely for the Range Rover Sport SVR during performance driving, it uses the same software map as other Range Rover Sport models when off-road use is detected by on-board sensors. This maintains excellent off-road capability.

Section 6 - DEVELOPED AT THE NÜRBURGRING

With 13 miles (20.8km) of challenging twists and turns, high-speed straights, daunting crests and compressions, the Nordschleife is the ultimate test for any performance car. The SVR was subject to exhaustive testing, with prototype vehicles completing nearly 1000 laps around the legendary circuit. During testing and development, the SVR recorded a Nordschleife lap time of just 8 minutes 14 seconds. The SVR made its dynamic debut at the Goodwood Festival of Speed in the UK, powering up the 1.16-mile course to great fanfare from the motorsports community.

2 These features are not a substitute for driving safely with due care and attention, and will not function under all circumstances, speeds, weather and road conditions. The driver should not assume that these features will correct errors of judgment in driving. Please consult your vehicle's owner's manual or your local authorized Land Rover Retailer for more details.

3 All figures are EPA estimates. Actual mileage may vary.

*Manufacturer's figures. Correct at time of going to press.

Land Rover, the British maker of Land Rover and Range Rover sport utility vehicles, is renowned for providing its clientele with some of the most luxurious and capable vehicles in the world. Every Land Rover vehicle is equally at home both on and off road, and in any setting; be it in the heart of the city, or traversing the countryside. Today's Land Rover lineup includes the legendary Defender, LR2 (Freelander 2), LR4 (Discovery 4), Range Rover Sport, Range Rover and Range Rover Evoque. Land Rover designs, engineers, and manufactures their vehicles in the United Kingdom. Land Rover is fully engaged with sustainability initiatives and social concerns with continuous involvement in environmental and community programs. For more information visit the official Land Rover website at http://www.landroverusa.com.

• Jaguar Land Rover employs 25,000 people and sells vehicles in 170 countries around the world

• Headquartered in Mahwah, New Jersey in the United States, Jaguar Land Rover North America, LLC has offices across the USA 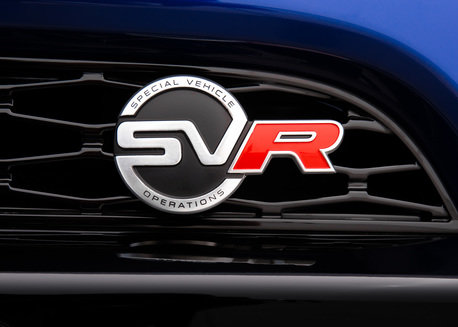 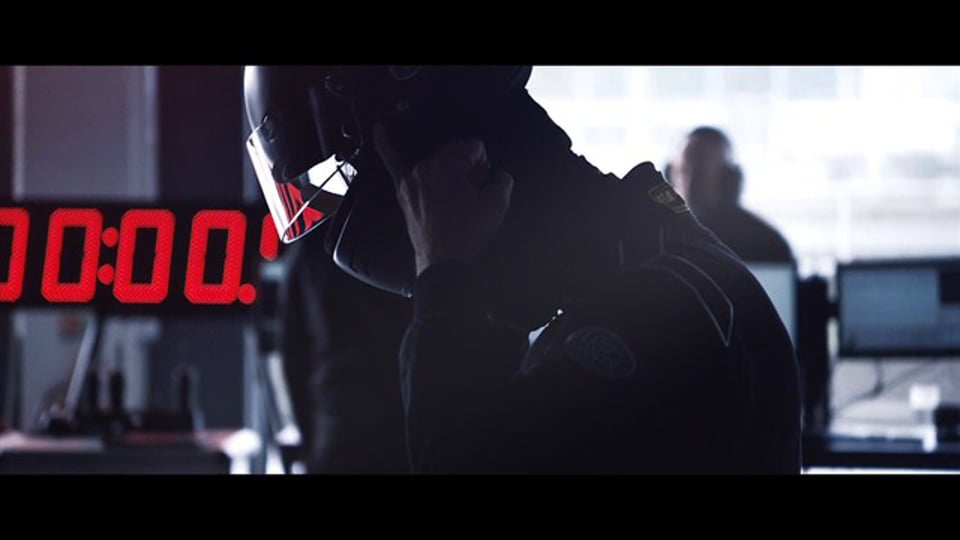