(MAHWAH, N.J.) – February 21, 2017 - In 1970 Land Rover launched the original Range Rover. Almost half a century later that spirit of innovation continues with the introduction of the fourth member of the Range Rover family, to be unveiled on March 1, 2017.

Elegant simplicity, a visually reductive approach and all-new consumer technologies are the hallmarks of the new Range Rover Velar.

Land Rover Chief Design Officer, Gerry McGovern, said: “We call the Velar the avant-garde Range Rover.  It brings a new dimension of glamour, modernity and elegance to the brand. The Range Rover Velar changes everything.”

Refined for every occasion and for various terrains, the Range Rover Velar uses unique sustainable materials and advanced engineering to continue Land Rover’s drive to go Above and Beyond.

The origin of the Velar name (pronounced vel-ar) dates back to the first Range Rover prototypes of the Sixties: the pioneers of the luxury SUV landscape.

When development engineers needed to hide the true identity of the 26 pre-production Range Rover vehicles, they chose the name Velar, derived from the Latin ‘velare’ meaning to veil or cover.

Full details of the Range Rover Velar will be announced on March 1, 2017.

Founded in 1948, Land Rover designs, engineers, and manufactures its vehicles in the United Kingdom. For almost 70 years the brand has built a reputation for providing its clientele with some of the most luxurious and capable vehicles in the world; whether driving through the heart of the city or traversing the countryside on- and off-road. Today's Land Rover lineup includes the Discovery (LR4) and Discovery Sport; Range Rover, Range Rover Sport and Range Rover Evoque. Land Rover is fully engaged with sustainability initiatives and social concerns with continuous involvement in environmental and community programs. For more information, visit the official Land Rover website at www.landroverusa.com.

The company employs almost 38,000 people globally, with 330 in the U.S. and supports around 275,000 more through our dealerships, suppliers and local businesses. Manufacturing is centered in the UK, with additional plants in China, Brazil, India and Slovakia.

At Jaguar Land Rover we are driven by a desire to create class-leading products that deliver great customer experiences. The largest investor in R&D in the UK manufacturing sector, we have invested £12 billion (USD$15.7 billion) in the last five years and in the current year alone will spend over £3 billion (USD$3.9 billion) on new product creation and capital expenditure. Last year Jaguar Land Rover sold 487,065 vehicles in 160 countries, with more than 80 percent of our vehicles produced in the UK being sold abroad. 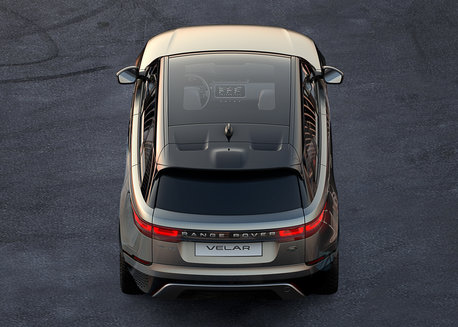