(MAHWAH, N.J.) – December 9, 2019 – Land Rover North America today debuted its new brand and product advertising campaign, titled “Play Harder This Winter,” highlighting the British Premium SUV brand’s partnership with U.S. Ski & Snowboard.  The campaign is led by a 30 second brand film, accompanied by 30 and 15 second product spots, all of which feature several U.S. Ski & Snowboard athletes showcasing how Land Rover vehicles are perfect for those who love to be outside in the winter.

The campaign debuts today with a brand commercial featuring Land Rover U.S. Alpine Ski Team member, and two-time Olympic gold medalist Mikaela Shiffrin. In the 30 second spot, Mikaela enjoys overcoming heavy winter snow with ease and determination in a Range Rover Sport to make it to the mountain daily. The brand spot will appear across a mix of channels, and will run during National Football League (NFL) games on CBS and FOX

The multi-year partnership also names Land Rover as the title sponsor of the Land Rover U.S. Alpine Ski Team, the Land Rover U.S. Grand Prix series, and presenting sponsor of the “Visa Big Air Presented by Land Rover” events, which takes place at SunTrust Park in Atlanta, GA on December 20-21, 2019. The Visa Big Air presented by Land Rover is part of a multi-year commitment by U.S. Ski & Snowboard to bring big air events to the masses in breathtaking new environments by hosting one city big air event per season leading into the 2022 Beijing Olympic Winter Games. The event will be sanctioned as a FIS Snowboard and Freeski World Cup and will offer elite international men’s and women’s big air competition.

The Visa Big Air will be the first event of its kind to come to Atlanta. Event organizers expect to provide a taste of mountains and Olympic winter competition to 20,000 fans for each of the two days of competition. U.S. Freeski Olympian Maggie Voisin (Whitefish, Mont.), as well as the 2018-19 FIS Snowboard Overall Crystal Globe Winner Chris Corning (Silverthorne, Colo.) will represent the U.S. Snowboard Team.

Land Rover offers some of the most luxurious and capable SUVs in the world. From the effortlessly elegant Range Rover to the versatile Discovery featuring available three-row seating, and the recently revealed all-new Defender, the Land Rover lineup of award-winning SUVs is built for adventure in the toughest terrain and weather conditions.

Founded in 1948, Land Rover designs, engineers, and manufactures its vehicles in the United Kingdom. For over 70 years the brand has built a reputation for providing its clientele with some of the most luxurious and capable vehicles in the world; whether driving through the heart of the city or traversing the countryside on- and off-road. Today's Land Rover lineup includes the Defender; Discovery and Discovery Sport; Range Rover, Range Rover Sport, Range Rover Velar and Range Rover Evoque. Land Rover is fully engaged with sustainability initiatives and social concerns with continuous involvement in environmental and community programs. For more information, visit the official Land Rover website at www.landroverusa.com.

U.S. Ski & Snowboard is the Olympic National Governing Body (NGB) of ski and snowboard sports in the USA, based in Park City, Utah. Tracing its roots directly back to 1905, the organization represents nearly 200 elite skiers and snowboarders in 2019, competing in seven teams; alpine, cross country, freeski, freestyle, snowboard, nordic combined and ski jumping. In addition to the elite teams, U.S. Ski & Snowboard also provides leadership and direction for tens of thousands of young skiers and snowboarders across the USA, encouraging and supporting them in achieving excellence. By empowering national teams, clubs, coaches, parents, officials, volunteers and fans, U.S. Ski & Snowboard is committed to the progression of its sports, athlete success and the value of team. For more information, visit www.usskiandsnowboard.org 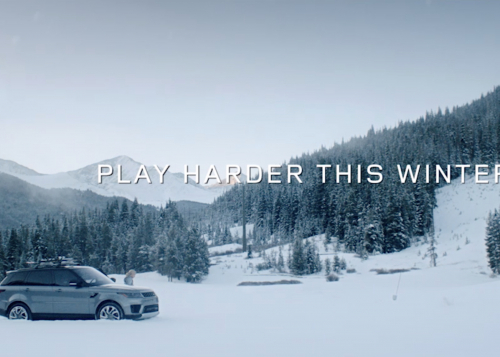